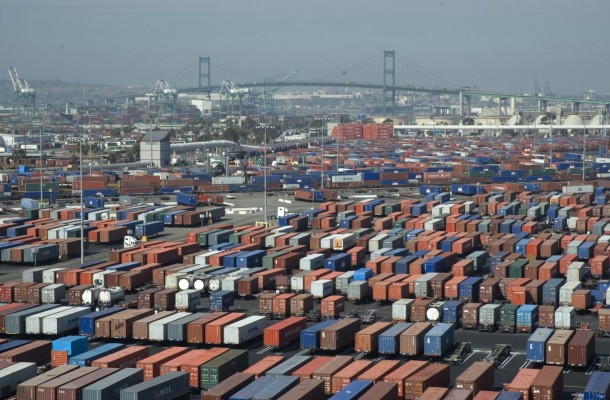 A California bill has been amended to create a list of port trucking companies that have been found to break wage theft and labor law violations and make that list available to all shippers using a California port.

SB 1402 will order the California Division of Labor Standards Enforcement to create a list of port trucking companies that have an unsatisfied final court judgment, an assessment from the EDD or any Order, Decision or Award from the DLSE for failure to pay wages, imposing unlawful business expenses on employees, failure to remit payroll taxes, failure to provide workers compensation on employees, or misclassification of port drayage driver employees as independent contractors. This list will be available to every shipper who imports and exports goods through California’s seaports – including retailers like Amazon, WalMart, and Home Depot – so that they are unequivocally aware of which companies are violating the law. If in turn the shipper hires a lawbreaking company, then that entity will be held liable for subsequent wage and hour violations for drivers who haul freight for them.

“Until the major retailers like Amazon, Sony, and Home Depot are held jointly liable for the unconscionable and systemic lawbreaking by their harbour trucking contractors, we will not be able to solve the problem of having thousands of immigrant drivers being treated as ‘indentured servants’ by their employers here at the Ports of Los Angeles and Long Beach. With the bold leadership of Senator Ricardo Lara, this will change, paving the way for port trucker jobs to become good jobs,” said Randy Cammack, President, Teamsters Joint Council 42.

“With the introduction of this bill, port drivers like me feel hope that the trucking companies will finally stop cheating us and breaking the law to cut costs. I have gone on strike many times with my fellow drivers to protest our abusive treatment. I have walked picket lines at the entrance of port terminals all day and all night because we no other way to get the rich and powerful corporations like Amazon, Lowes, and Wal Mart to take responsibility for fixing their trucking companies’ exploitative treatment of us,” said Gustavo Villa, a misclassified driver from NFI/California Cartage Express who met personally with Senator Lara in late 2016 to detail the exploitation and abuse drivers suffer at America’s largest port complex. “I am hopeful that Senator Lara’s legislation will help me and my coworkers re-claim our employee rights so that we can stop striking and get back to the business of hauling America’s cargo.”