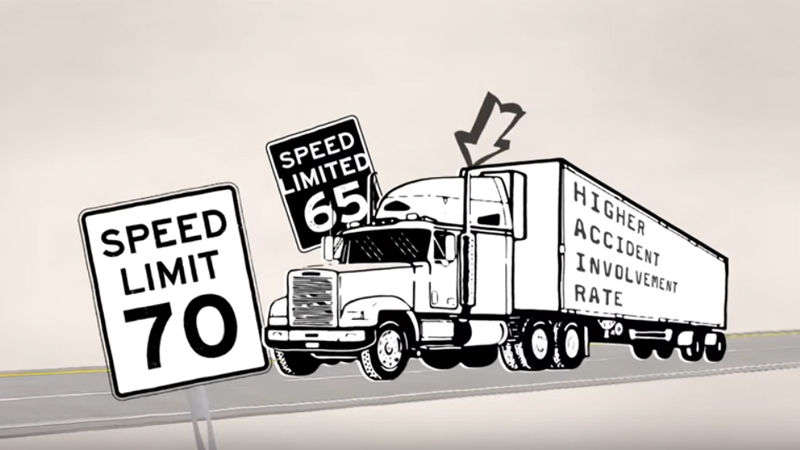 Speed Limiters Becoming An Issue In The U.S. — Again

Legislation that would require all new commercial trucks with a gross weight over 26,001 pounds to be equipped with devices that limited the vehicle’s speed to no more than 65 miles per hour, and be used “at all times while in operation,” was announced according to a joint news release from Sens. Johnny Isakson, R-Ga., and Chris Coons, D-Del., introducing S.2033 on June 27.

The devices would also be required in “existing trucks that already have the technology installed.”

Trucks without speed limiters would not be forced to retroactively install the technology.

The proposal also would establish that all large trucks manufactured after the effective date be equipped with speed-limiting technology. And within six months of enactment, the secretary of the U.S. Department of Transportation must “establish standards and rules to ensure that the speed-limiting technology on large trucks is accurate and that the trucks adhere to a maximum speed no faster than 65 mph.”

The proposal has garnered the support of several safety groups, as well as the Trucking Alliance, the Truckload Carriers Association and the Truck Safety Coalition.

The proposal is not without opposition.  The Owner-Operator Independent Drivers Association has long opposed any effort to mandate speed-limiting devices on commercial trucks, citing research that risks posed by increasing vehicle interactions via speed differentials outweigh any purported safety benefit of slowing down large trucks and buses.  The Ontario and Canadian experience has justified there is just cause for OOIDA’s stand.