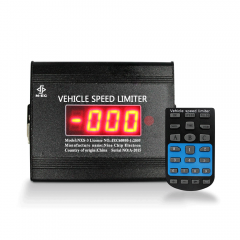 An amendment sponsored by Rep. Scott Perry, R-Pa., and co-sponsored by Rep. Doug LaMalfa, R-Calif., and Rep. Mark Meadows, R-N.C., was approved by voice vote Wednesday evening during debate over HR3354, an appropriations bill for the U.S. Departments of the Interior, Environment and other related agencies. The amendment prohibits the Federal Motor Carrier Safety Administration and the National Highway Traffic Safety Administration from using any funds to finalize a September 2016 advance notice of proposed rulemaking that would require speed-limiting devices on commercial vehicles weighing more than 26,000 pounds.

A Sept. 7, 2016, joint notice of proposed rulemaking by NHTSA and FMCSA sought public comment on a variety of issues connected with speed limiters, including whether to set the speed at 60, 65 or 68 mph, and whether or not a proposed mandate should include a retrofit for all vehicles.

The agencies claim that reducing the travel speed of large vehicles will lead to a reduction in the severity of crashes, thereby reducing the number of fatal and serious injuries and reducing property damage. The proposed rulemaking drew more than 6,700 comments last fall during the public comment period.

The American Trucking Associations, which initially sought a mandate on speed limiters in a petition filed in 2006, filed comments opposing the proposed rule. ATA’s criticism of the proposed mandate is it lacks the necessary data and research demonstrating that “it would not create new safety hazards that might outweigh any safety benefits anticipated by the agencies.”

Previous articlePlanting 2 million trees along the Highway of Heroes, the largest war memorial in the world.
Next articleDrug Use Biggest Safety Issue To Trucking — Trucking Alliance