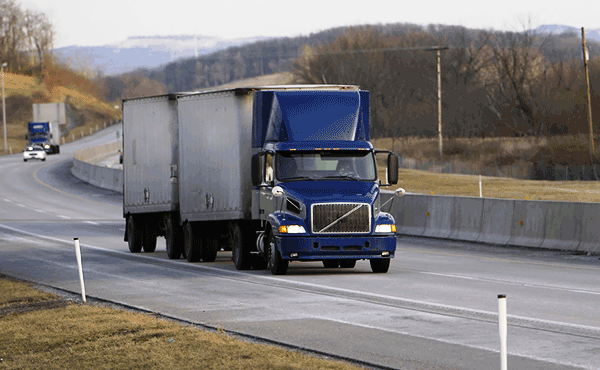 A coalition of safety advocates urged a House panel to avoid any push that would allow larger and heavier trucks to operate on American roads.

In a letter, the group pressed Rep. Mario Diaz-Balart, the chairman of the House Appropriations Committee’s subcommittee on transportation, housing and urban development, and Rep. David Price, the panel’s ranking member, to avoid any “riders” on an upcoming appropriations bill that would increase the length of twin tractor-trailers to 33 feet.

“Increasing the length of double tractor-trailers by five feet per trailer would result in a configuration that is approximately the size of an 8-story building,” the letter reads.

The letter was signed by more than 50 signatories, including truck drivers, members of law enforcement and trade associations such as Advocates for Highway and Auto Safety, the Coalition Against Bigger Trucks and the Consumer Federation of America.

“Any increases to truck size and weight will result in more deaths and injuries on our roads, more (even larger) trucks on our roads, more deterioration of our already compromised infrastructure, and more intermodal inefficiency on our nation’s freight network,” the advocates argue.

The letter illuminates an ongoing battle in the trucking industry between safety advocates and companies like FedEx. While groups focused on safety have argued larger trucks present a danger and can destroy infrastructure, some companies are pushing to increase the double tractor-trailer length from the existing 28-foot standard to 33 feet.

Recently, Americans for Modern Transportation, a coalition that includes FedEx, Amazon and the National Association of Manufacturers, sent its own letter to Diaz-Balart pushing for measures that would increase the standard to 33 feet.

“A new national standard for twin 33-foot trailers will add instant capacity while reducing congestion and making the most safe and efficient use of the roads and highways we travel today,” the May 7 letter from Americans for Modern Transportation reads.

The safety advocates’ letter rejects these claims, saying “In fact, the U.S. Department of Transportation found that any reduction in the number of trucks due to a truck size increase would be offset within a year of implementation.”