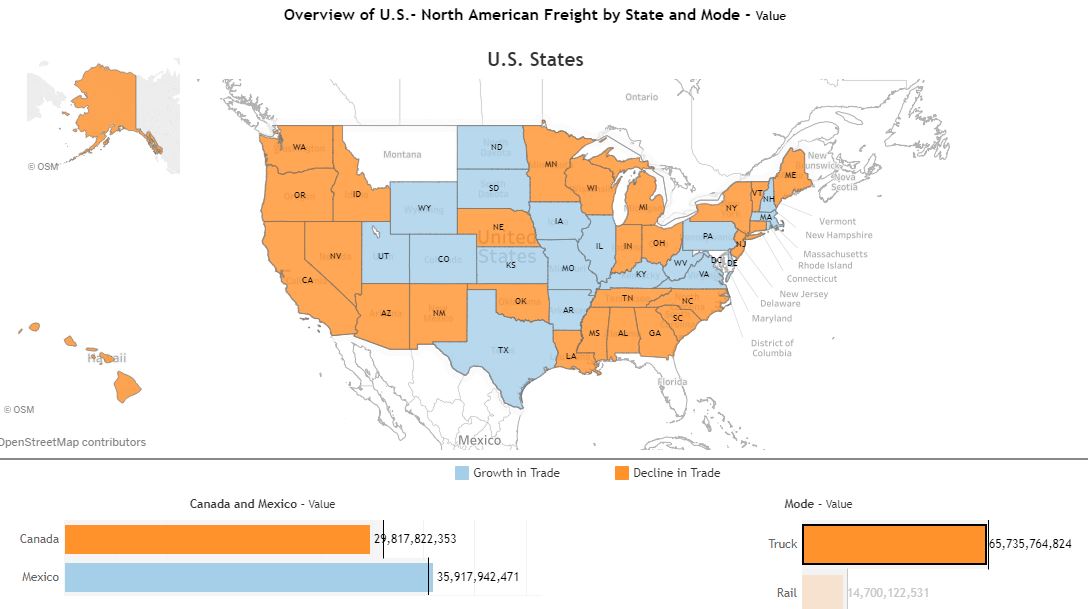 Trucks carried nearly $66 billion of the nearly $103 billion of imports and exports in April.

Freight totalled $102.7 billion, down more than $3 billion from the previous month but an increase of nearly $12 billion from April 2017.

More than 57 percent of U.S.-Canada freight was moved by trucks, followed by rail at 17 percent. U.S.-Mexico freight went up by nearly 15 percent compared with April 2017. Of the $50.519 billion of freight moving in and out of Mexico, trucks carried more than 71 percent of the loads.