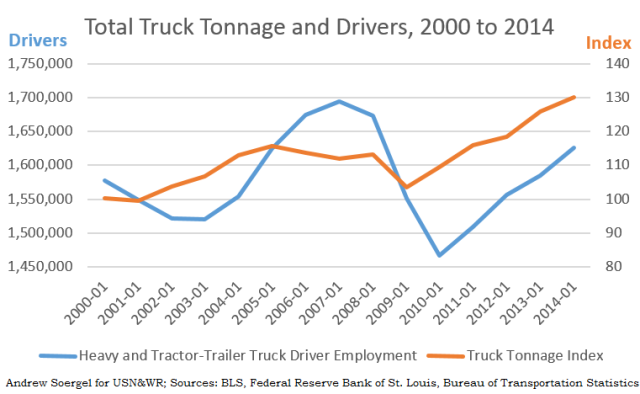 Warehousing and storage experienced the largest increase in the sector for the second consecutive month with nearly 4,000 additional jobs, followed by transit/ground passenger transport at 2,400 and air transportation with the third most at 2,100 more jobs. Couriers/messengers subsector experienced a significant decrease with nearly 10,000 fewer jobs in February, with scenic/sightseeing transport at a distant second with a decrease of nearly 2,000 jobs.

In 2018, the transportation and warehousing sector had a net gain of more than 200,000 jobs, up from 2017’s net increase of more than 185,000 jobs. Compared to the previous month, there was a net increase in jobs in every month in 2018 except December. February accounted for the largest one-month increase, with more than 28,000 jobs in the sector added to the economy. For the year, the trucking subsector had a net gain of 43,800 jobs in 2018, significantly higher than 2017’s net increase of 16,100 jobs.