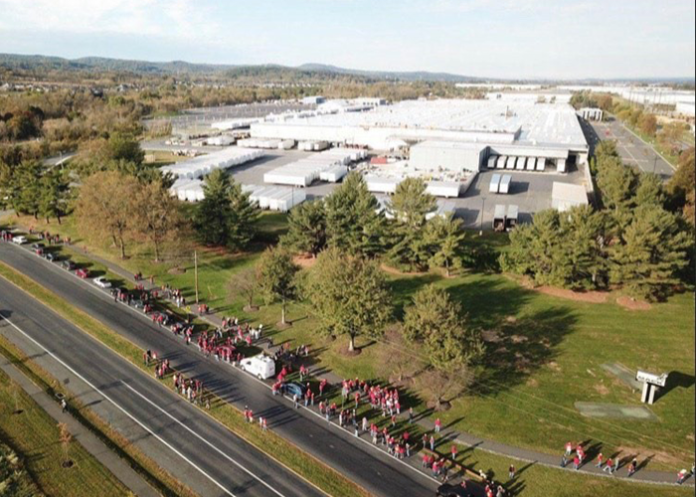 Over 3,600 of Mack Trucks workers went on strike Saturday at six plants in Florida, Maryland, and Pennsylvania for ‘fair pay and benefits.’

Doug Irvine, President of Local 2301 and President of the Mack Truck Council said, “The last four years have helped Mack Truck make significant profit through our work. All we are asking is that the company treat us with the dignity and respect we deserve in making them successful.”

In a statement on the strike, Mack Trucks said that they are “surprised and disappointed that the UAW decided to strike, rather than to allow our employees to keep building trucks and engines while the parties continued to negotiate. The positive working relationship between local UAW leadership and management at our facilities was clearly in evidence throughout the negotiations, and progress was being made.”

This is the first time that Mack Truck workers have been on strike since 1984.