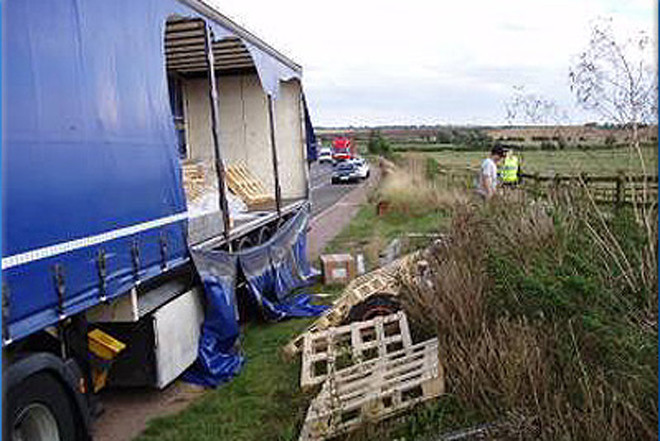 Industry experts are once again warning those in the trucking industry to be on alert for increased instances of cargo theft during the upcoming holiday weekend. Long weekends like Labor Day weekend offer organized cargo thieves more targets of opportunity, as loads often sit unattended for days.

Austin, Texas-based SensiGuard Intelligence Center reports that the rate of reported cargo thefts occurring during Labor Day weekends between 2013 to 2107 was 28 percent higher than throughout the year.

Jersey City, N.J.-based CargoNet, another logistics security provider, reports that the value of stolen cargo on Labor Day weekends from the same time period exceeds $15 million. Notable thefts over the holiday include a $5.7 million heist of cellphones from a Delaware warehouse in 2015, a $680,000 full-truckload theft of televisions in New Jersey in 2013, and a pilferage of pharmaceuticals in Florida in 2015.

CargoNet recommends truckers use secured lots with high-visibility lighting, secure fences and staffed security services whenever possible. They also recommend drivers be on alert for vehicles following them as they leave warehouses with goods. Suspicious activity should be reported to the local police.

In a bulletin issued to logistics professionals, SensiGuard urges the industry to ensure security protocols are up-to-date. In addition, they suggest confirming a receiver’s hours of operation for the holiday weekend are consistent with scheduled delivery times in order to mitigate the risk of theft while a load is at rest. Truck stops, highway rest areas and distribution centers are at greater risk for theft during holidays, according to SensiGuard’s research.

While a shortage of safe, secured parking remains an issue nationwide, SensiGuard suggests drivers and shippers plan ahead and identify such locations if a truck and trailer have to be parked for an extended period during the holiday.

The group also suggests shippers can avoid the threat of fictitious pick-ups by verifying the authenticity of all shipment-related activities, including driver and business verification prior to releasing any shipments.