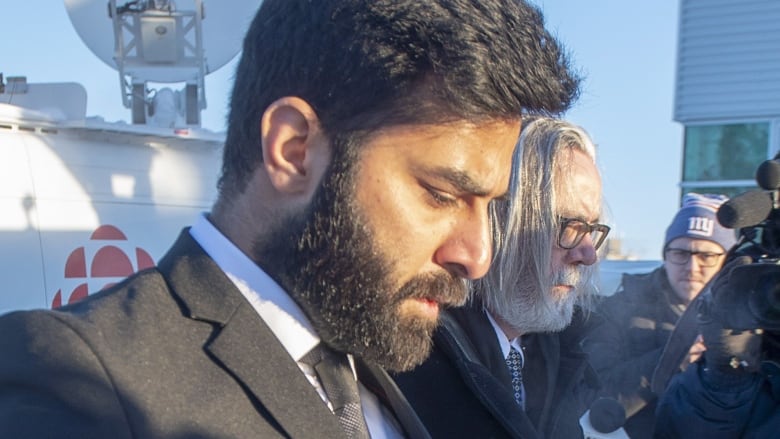 Is Eight Years Too Much or Not Enough?

The question of whether or not the sentence handed Jaskirat Singh Sidhu was fair is now being debated and the opinions range from “he shouldn’t ever be allowed out of prison” to “it was far too severe”.

Unlike the vast majority, Mr. Sidhu accepted responsibility immediately.   He “manned up”. He willingly accepted his fate and was honourable.   He didn’t wait to be proven “guilty beyond a shadow of doubt”.

Unlike those who wake up in the morning with evil doings on their minds and carry out those evil doings, Mr. Sidhu did not wake up and say “I think I’ll kill 16 people today”.  In fact he probably woke up and prayed that he’d be able to get through his day safely and do everything correctly.   But we know what happened that truly horrible day.

The judge had a fine line to walk in this case.   The judge had to sentence Mr. Sidhu offering perceived punishment while not being perceived as revenge.  Eight years in custody is punishment.  Mr. Sidhu is not just in custody by being incarcerated, he’s in custody in his mind for life.  At no time for the rest of his life will he allow himself even the slightest of smiles.  There but by the grace of God go all of us who have positioned ourselves behind the wheel of these behemoth trucks.   Jesus said “he who is without sin cast the first stone”.  Believe me, we’ve all been there.  Fortunately for us, we just haven’t taken out others when we erred.

It troubles me that brother and sister truckers can’t see he simply erred. The only difference between his erring and those of us who proffer opinion is there were catastrophic results for which he accepted full responsibility.   Good on you, Mr. Sidhu.   I salute your integrity.

That being said, the governments and their lobbyists share a great deal of responsibility for this particular wreck.   While training does bring a new truck driver to a certain standard, that standard is far from being totally competent if total competence is ever possible.   Mr. Sidhu was a new driver and should never have been pulling a B Train.    B Trains require an advanced skill level or at least should require such.

Saskatchewan has rumble strips at almost every major intersection in the province.  Why not this particular intersection?

Sure, Ontario has a MELT program to be followed by at least four other provinces soon by government standards.  The problem with MELT is it doesn’t and can’t prepare any driver for the rigours of the road.   It’s a government feel good exercise.   “Look we’re making your roads safer” when that’s not the case at all.  MELT means “Minimum Entry Level Training” — emphasis on bare Minimum.  The rest is learned on the road making mistakes by yourself and that’s the problem.  There must be a period of time when you get to make mistakes under the tutelage of a better skilled operator.

Mr. Sidhu met minimum standards and was more or less qualified.   He was thrust into a driving situation for which he wasn’t prepared but he didn’t have enough experience to understand he was over his head and that’s not Mr. Sidhu’s fault.   Who taught him load security? Who taught him how to tarp to prevent the kind of flapping about which he was concerned?  There are still many questions unanswered and unless there’s a complete revamp of government rules, regulations and laws with emphasis on proper training those unanswered questions will never find solutions and another Humboldt tragedy will happen — it’s a matter of time.

Those of us with the experience and knowledge never get asked if some rule, regulations or law will actually do what is intended.  No, that’s left up to those who have studied the issues but never ever experienced what they’ve studied.   And those of us who have great amounts of experience are discounted because we do certainly understand what safety is and how to achieve it.

Safety isn’t rules or regulations.  Safety is a mindset, a philosophy and yes knowledge.  Would it not be prudent to at least seek out those of us who have done the job for long periods of time without incident.  Operating safely is no accident.  Listen to us.