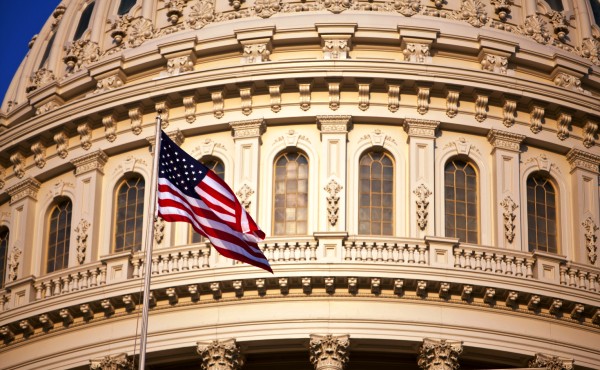 Infrastructure Bill Could Be A Victim Of Political Timing

House Transportation and Infrastructure Committee Chairman Bill Shuster (R-Pa.) said Wednesday that an infrastructure bill could pass in a lame-duck session of Congress if it doesn’t succeed before the midterm elections.

“It could be a lame-duck strategy, that we do it after the election,” Shuster told a meeting of the American Association of State Highway and Transportation Officials.

A lame-duck session of Congress occurs when lawmakers on Capitol Hill meet and vote following the election of their successors, but before the successors have been sworn in to begin their terms.

The Pennsylvania Republican, who is retiring at the end of his current term, said earlier this month that legislation could be ready “closer to the summer.”

Meanwhile, Senate Majority Whip John Cornyn (R-Texas) on Tuesday expressed skepticism that lawmakers could get an infrastructure bill agreed on and passed by the end of this year.

“It will be challenging,” Cornyn told Bloomberg. “I certainly would be happy if we could, but we’ve got a lot of things to do, that being one of them, and I don’t know if we will have time to get to that.”

But Shuster, who is working on a bill with House Transportation and Infrastructure Committee ranking member Peter DeFazio (D-Ore.), said he is “committed” to producing a package that he argues must be bipartisan to succeed.

While lawmakers on both sides of the aisle are firm on a funding source, Democrats have repeatedly slammed the White House’s proposal for focusing on public-private partnerships and relying on funding from state and local governments.

DeFazio, who argues the administration’s proposed $200 billion of federal seed money is not enough to overhaul U.S. public works, took the stage on Wednesday with a sign that read “devolution.”

“Show me the money. There’s no sense in talking policy if there is no money,” DeFazio told the gathering of state Transportation officials.

“But if there’s no money, it’s not worth having the discussion,” he added.