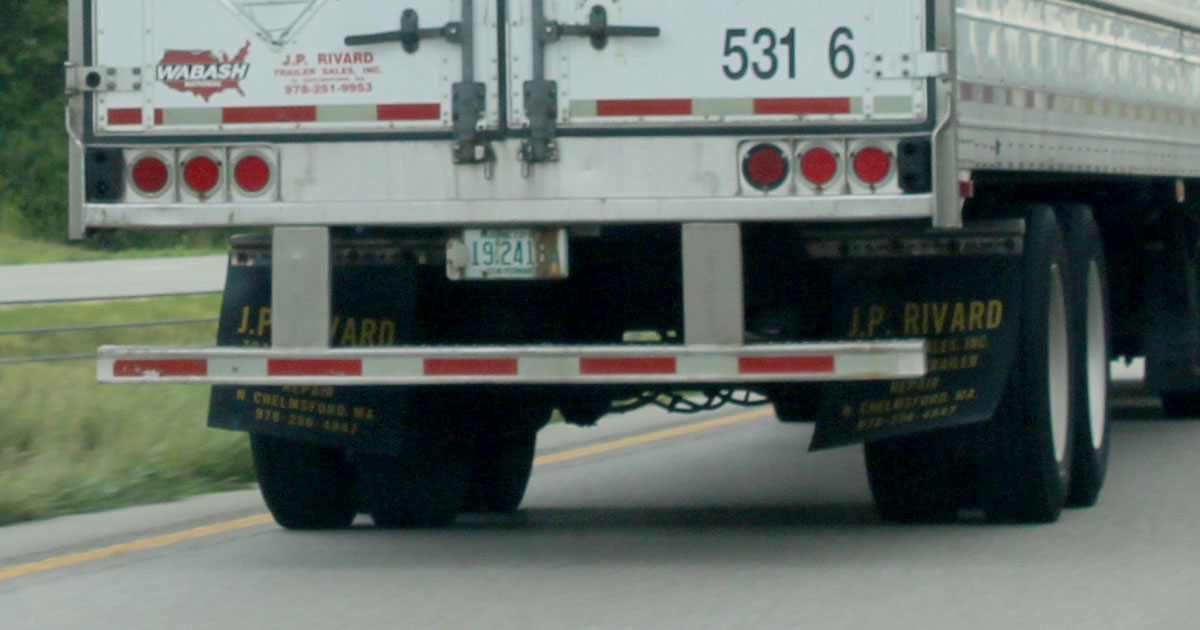 According to an IIHS press release, the eight manufacturers are making rear underride guards capable of preventing deadly underrides in a range of scenarios.

Trailers that qualify for the ToughGuard award have rear guards that prevent underride of a midsize car in three test modes: full-width, 50 percent overlap and 30 percent overlap. In each configuration, a typical midsize car travels at 35 mph toward the back of a parked semitrailer.

Manac was the only manufacturer that passed the 30 percent overlap test during the first round of testing. All the other companies made updates. By the time IIHS announced the ToughGuard award last year, five of the eight guards met the criteria.

According to IIHS, U.S. federal safety standards fail to prevent underride guards from buckling or breaking off in a crash. Canadian regulations, which are more stringent than U.S. regulations, also fail to prevent these safety precautions. After testing conducted by IIHS, some manufacturers have improved their guards that went beyond what the regulations call for.

“We’re pleased that all the major manufacturers responded positively to our underride tests,” said David Zuby, IIHS chief research officer, in a statement. “By improving their guards, these companies have demonstrated a commitment to the safety of passenger vehicle occupants who share the road with their trailers.”

IIHS’ report comes out during a time when both the House (HR4622) and Senate (S2219) have pending bills that would require the installation of front, rear and side underride guards on all trailers, semitrailers and single-unit trucks.

Called the Stop Underrides Act of 2017, both bills were introduced on Dec. 12, 2017. HR4622 was referred to the Subcommittee on Highways and Transit on Dec. 13, where it has been sitting in limbo ever since. No action has been taken on S2219 since its introduction.