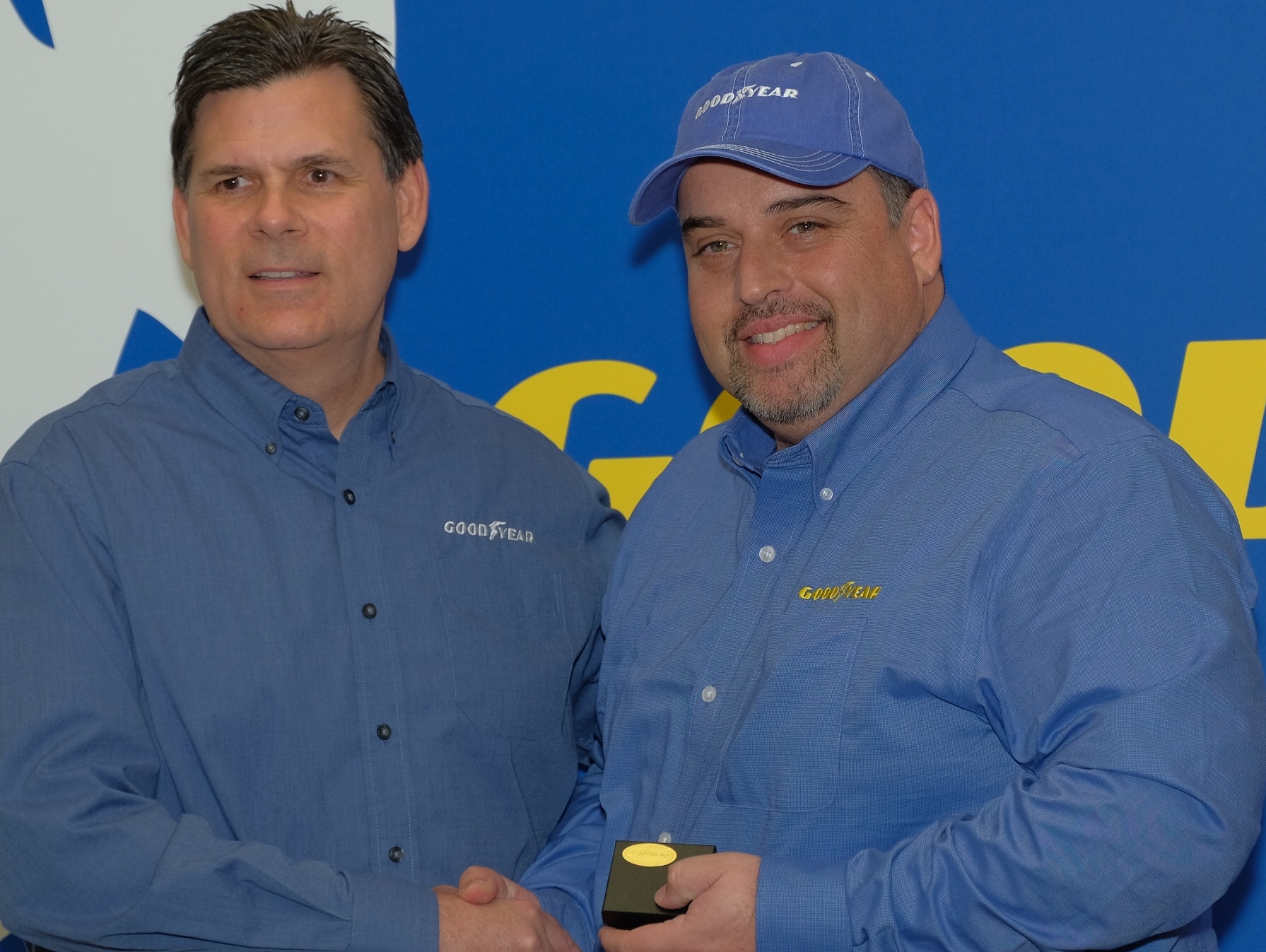 A truck driver who administered first aid to a motorist who had been pierced through the neck by a broken steering wheel after crashing into a truck is the 35th recipient of the prestigious Goodyear Highway Hero Award.

Vieira was driving near Toronto, Ontario, when he heard a loud crash, looked over his shoulder and noticed that a car on the other side of the road had slammed into the back of a stationary roll-off truck. Vieira parked his truck and ran to the car, whose driver had been pierced through the neck by a piece of his own vehicle’s steering wheel, which had snapped off on impact. Vieira placed one of his hands over the still-conscious motorist’s wound and applied direct pressure, while using his other hand to notify emergency services.

The driver of the roll-off truck walked over to the car to investigate and immediately fainted at the sight of the injuries sustained by the motorist. While continuing to apply direct pressure, Vieira used his foot to pull the leg of the driver who had fainted away from traffic. Emergency personnel arrived and transported both men to the hospital. They survived.

“Since 1983, the Goodyear Highway Hero Award has honoured truck drivers who have rescued children from drowning, pulled injured people from burning vehicles, saved law enforcement officials from attackers and more,” said Gary Medalis, marketing director, Goodyear. “Every truck driver we’ve met through the Goodyear Highway Hero Award program has been just that: a hero. And today, we are proud to add Frank Vieira to that list.”

As the Goodyear Highway Hero Award winner, Vieira receives a special Highway Hero ring, a cash prize and other items. Vieira and two other truck drivers were selected as finalists for the 35th Goodyear Highway Hero Award. They are:
Brian Bucenell, a driver from Richmond, Virginia. Bucenell had just merged onto the Ohio Turnpike near Toledo when he switched on his CB and overheard other truck drivers discussing a high-speed chase that was taking place not far from his location. Moments later, while glancing at his mirror, Bucenell spotted a group of state trooper pursuit vehicles chasing a car, which was rapidly heading his way. Bucenell’s truck suddenly entered a construction zone and was forced to merge from three lanes to two lanes. The speeding car tried to pass Bucenell’s 18-wheeler on the shoulder. Over the course of the next minute, while maintaining highway speed, Bucenell kept pace with the car, spotted an opening and maneuvered his truck to sandwich the car against the guard rail, stopping the vehicle and giving state troopers time to catch up with it. Troopers arrested the car’s driver and passengers, who were later charged with motor vehicle theft. They had chased the suspects, whose stolen car had attained speeds of more than 100 miles per hour, for more than 20 minutes.

Ryan Moody, a driver from Tacoma, Washington. Moody was driving down a busy Chicago freeway when a motorcyclist swerved and crashed in front of his truck. With no time to spare, Moody skillfully maneuvered his truck to avoid hitting the unconscious motorcyclist, who was bleeding from a head injury, and then positioned his 18-wheeler to protect him from other vehicles. After jumping out of his truck, Moody wrapped his own shirt around the badly injured motorcyclist’s head to prevent further blood loss, while simultaneously calming surrounding bystanders, who had gathered nearby. Moody stayed with the motorcyclist until paramedics arrived. They later credited him with saving the man’s life.

The Goodyear Highway Hero Award winner was selected by an independent panel consisting of members of the trucking trade press.

“We are proud of not only Frank, but of Brian and Ryan, as well,” said Medalis. “Each is a hero in his own right and a credit to his profession.”