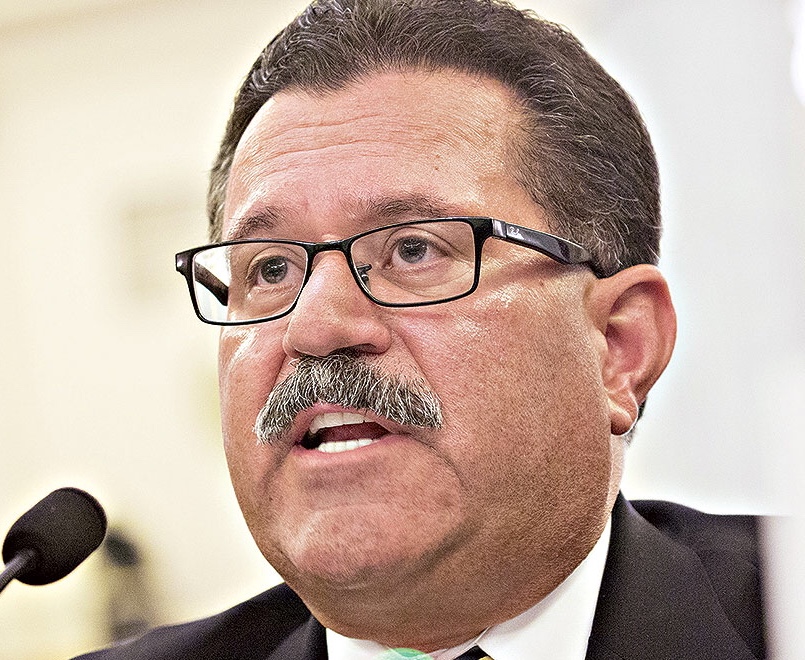 FMCSA Administrator Says He Wants To “Alleviate Some Of The Pressure”

The new administrator of the Federal Motor Carrier Safety Administration, Ray Martinez, says he views the current state of the industry as “transitional.”

Martinez took over FMCSA on March 1, becoming the sixth administrator of the agency since it was created in 2000.

The electronic logging device mandate had just gone into effect. Since it was one of the biggest and most controversial regulatory changes to hit the industry in recent history, Martinez had his work cut out for him.

“The implementation of ELDs was a unique time to come in. I understand that it was a big concern to a lot of segments in the industry. So it was a challenge and still is a challenge,” Martinez said.

Martinez previously served in a variety of government- and transportation-related roles, and says one of the lessons learned in his earlier career experience that he draws from now is to listen.

“When I go to speak with folks in the industry, who may have frustrations, whether it’s ELDs or other issues related to FMCSA, they are legitimate concerns. It’s best to listen and learn and try to figure out where you can find some common ground or a way to alleviate some of the pressure they’re feeling,” he said.

“It may give us an opportunity, with the implementation of ELDs, to go back to that evergreen issue of hours of service and say ‘OK, now can we talk about that again?’ We’re not shying away from that. I think that is an issue that now is a transitional moment where we can say, ‘We can revisit this issue and use ELDs as a starting point for talking about them.’”

Previous articleQuick Truck Lube To Open In Napanee, ON
Next articleIt’s the talk of corporate America: Shipping costs are surging, why not drivers pay?