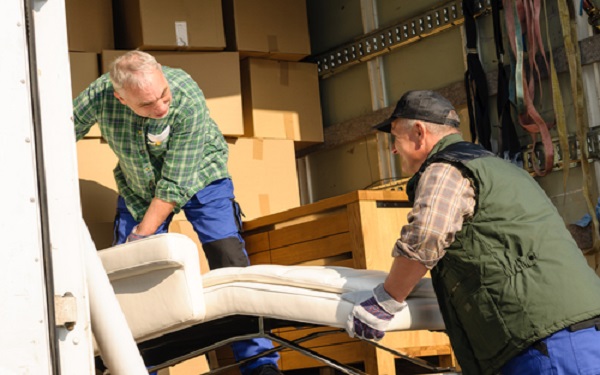 Is a truck driver shortage causing a moving nightmare for hundreds of military families across the country?

Evelyn Washington’s husband, Staff Sgt. Marvin Washington, has been in the Army for 12 years. They are no strangers to moving. “We pick up and go,” she said.

But camping in their new home is a first. “We are sitting in the living room, an empty living room with nothing, two beach chairs,” Evelyn said, four weeks after moving to Fort Bliss in El Paso from Fort Stewart in Georgia.

But their belongings were still missing in action. Military families don’t get to choose their moving company and the army assigned this move to a company called Suddath Relocation Systems, based in Jacksonville, Florida.

Suddath picked up the Washington family’s belongings in Georgia on June 4, saying they would arrive in El Paso in three weeks. That date came and went and the family was finally given a delivery date of July 30, which would be almost two months without their possessions.

An investigation revealed there are dozens of complaints against the company, which claims it’s one of the largest military relocation service providers in the country, moving more than 35,000 military families a year.

In e-mail responses, the company blames delays on a truck driver shortage and says ‘’military relocations typically involve high volumes of moves to smaller markets,” which are especially problematic during the summer “peak season.”

The company’s Yelp reviews show the vast majority of the one-star ratings come from military families. But Suddath points to its 4.6 star review on Google and said the company has a 94 percent on-time delivery rate.

Less than 24 hours after one phone call alerted Suddath to the Washington family’s situation, the family got its items.