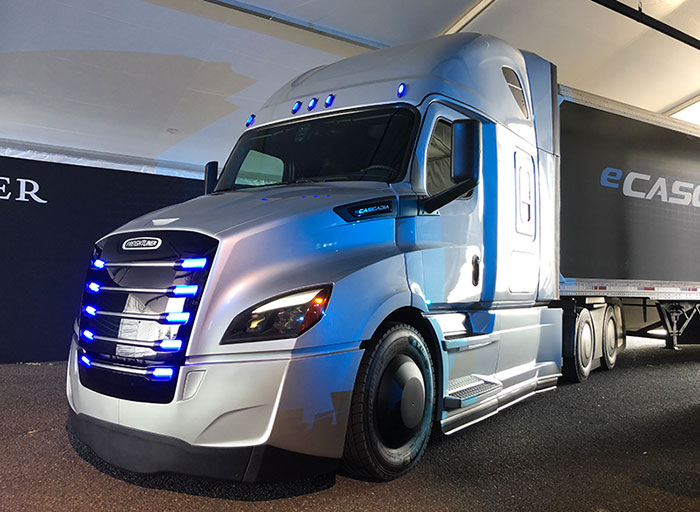 Daimler already developing electrification technology at its research labs on Swan Island but previously stated it would manufacture its electric trucks in North Carolina. On Wednesday Daimler said it will begin converting its existing Freightliner factory in Portland to make electric vehicles.

“The road to emissions-free transportation is going to be driven with battery-electric vehicles. I believe the future is electric,” Daimler Trucks chief executive Roger Nielsen said a trade event in Long Beach, California, according to prepared remarks released by the company. He said Daimler will have nearly 50 battery-driven electric test trucks on U.S. roads by the end of the year.

Daimler said it decided to make the trucks in Portland because of the city’s proximity to the large California market, where rigorous air-quality standards are increasing demand for zero-emission commercial vehicles.

Last year, Daimler introduced electric trucks with ranges up to 250 miles capable of recharging 80 percent of their battery within 90 minutes.

The company said its Portland operations also will include a battery storage facility and a program for collaborating with customers to integrate electric trucks into their existing fleets.

Daimler did not immediately respond to questions about how much it will spend to convert the Freightliner factory for electric vehicle production or whether the switch will produce additional jobs at the site.

Separately, Daimler announced in January that it will hire 200, mostly in Portland, to develop self-driving semis it hopes to have on the road by 2030.