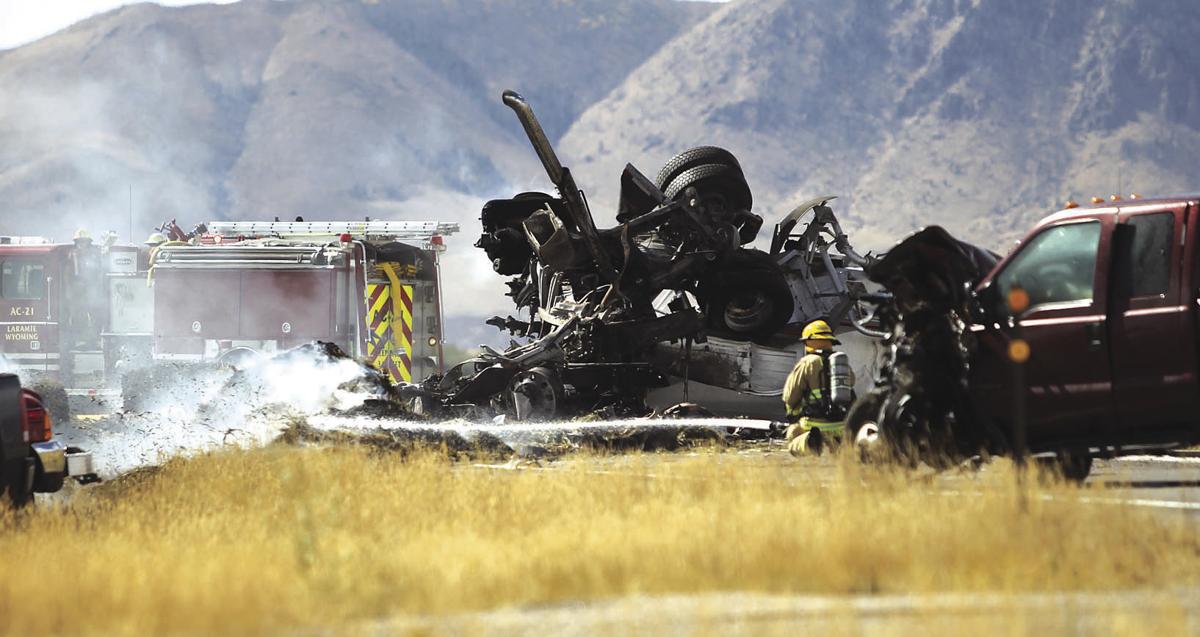 Crash in Wyoming Need Not Have Resulted in Death

A trucker lost his life on Monday in a multi-vehicle accident after a motorist attempted to make a dangerous pass along WY 230.

According to the Wyoming Highway Patrol (WHP), the deadly crash occurred at approximately 1 p.m. near milepost 19 on eastbound WY 230.

Investigators say a Ford pickup, driven by 65-year-old Laramie resident Steve H. Bottger, was stopped in the eastbound lane and waiting for oncoming traffic to clear to make a left turn.

Investigators say Chimenti pulled out into the westbound lane of travel to pass Anderson and was unaware Bottger stopped in front.

WHP say Chimenti completed the pass of Anderson’s big rig, but was unable to avoid striking the rear of Bottger’s pickup as he attempted to avoid a head-on collision with Bennett’s tractor-trailer.

The impact of the collision forced Bottger’s Ford pickup into the westbound lane of travel and into the path of Bennett’s Big Truck.

That collision caused Bennett to lose control of his Peterbilt and enter the eastbound lane of travel colliding head-on with Anderson’s Peterbilt.

Anderson died at the scene, according to officials.

Bottger, Bennett and Chimenti were each transported to a nearby hospital.

No update has been made available on their conditions.

WHP says “driver inattention, unsafe passing, and speed on the part of Chimenti” are being investigated as possible contributing factors.

No charges have been filed at this time.