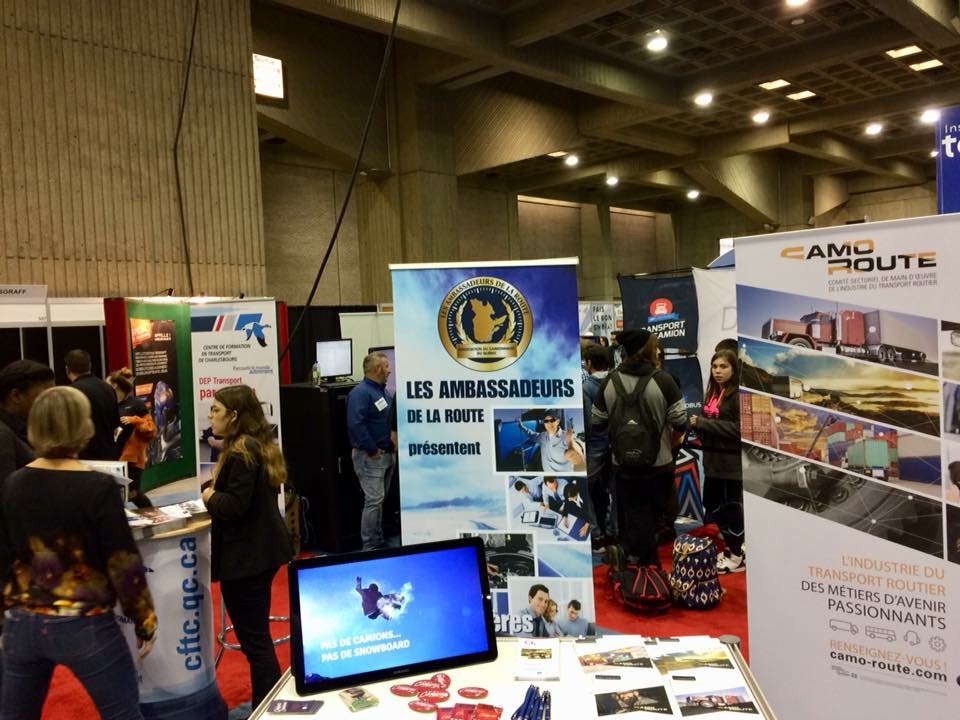 Camo-Route is hoping to put women in the driver’s seat, with the support of the Canadian Government.

Partnering with industry groups the project aims to change the current recruitment, integration and training practices of businesses and training centres to make them more inclusive to women. The groups will then create action plans for each of six regions in the province and will take concrete steps to improve women’s representation in trucking.

The money for the project comes as part of the Support for Women’s Economic Security fund which has awarded more than $10 million dollars to more than 30 organizations looking to improve women’s representation in the workforce since a call for submissions went out in October 2017.

Women make up about three per cent of employees in the trucking industry as a whole, a fact Angela Splinter, CEO of Trucking HR Canada says has to change.

“The trucking and logistics industry continues to experience severe labor shortages. But, where women represent 48% of Canada’s labor force, yet only three per cent of our driving workforce – we need to do more,” she says. “It is great to see Camo-route moving forward with this initiative, and always great to see our government investing in our workforce needs.”

In Quebec that number increases slightly, with about seven per cent of the transport, heavy equipment operation, and related maintenance industry consisting of women employees as of 2017 according to the Ministry for the Status of Women.

Minister Garneau says the barriers to women’s participation in the workforce are well-known, with factors like unequal pay and lack of childcare access keeping women from full-employment opportunities.

“The federal government is committed to increasing women’s participation in the transportation sector and other non-traditional fields. Camo-Route’s excellent initiative will help more women find work in the trucking industry, which is important for our society and our economy. This project will further our goal of advancing gender equality,” he said.

Ellen Voie, of the Women in Trucking Association cited a recent study by the American Transportation Research Institute (ATRI) saying women drivers were safer on the road overall when talking about the announcement.

“Women are still underrepresented as professional drivers, but this is changing. Not only do women make excellent drivers, we are learning about the benefits women bring to the industry. Women take fewer risks and have been proven to be less likely to be involved in a crash than men, so we need to attract and retain more women which will create safer highways for all of us,” she said.

The McKinsey Global Institute estimates that by taking steps to advance equality for women Canada could add $150 billion to its economy by 2026. That addition is critically important in an industry that is a key economic driver and is facing the pressures of an extreme labour shortage.

“We are very pleased that the Government of Canada is supporting our project. Our goal over the next three years is to inspire the changes necessary to correct the historic under-representation of women in the trucking industry, and help more women get involved in this dynamic and growing sector of the Québec economy,” said Bernard Boulé, Director General of Camo-Route.