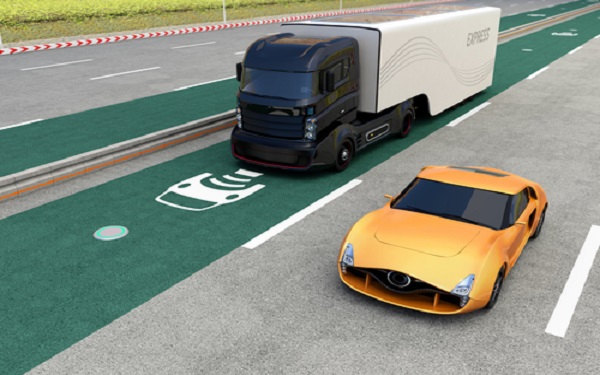 Uber has been sending self-driving trucks on delivery runs across Arizona since November.

In Uber’s current program, a trucker meets the self-driving truck at the Arizona state border, which then takes the load across the state before handing it off to a second conventional trucker for the short-haul trip. During the autonomous trip, an Uber employee rides in the driver seat of the autonomous truck to monitor things.

One is what Uber is trying out in Arizona. The other possibility is Uber could sell its technology to trucking owner-operators, who then use it to sleep while the truck handles the bulk of long-distance driving.

Truckers make their money only when their rigs are on the road. They are also limited by law in terms of how much time they can spend behind the wheel, something a self-driving truck could impact positively. It could also introduce more round-trip hauls that find a driver back home at the end of the day’s journey. In a video Uber created to tout the program, the company showcases a California trucker who, once at the Arizona border, hands his trailer over to an Uber self-driving truck for its trip east, while picking up a different load that needs to head back to California.

The San Francisco-based company isn’t alone in its pursuit of self-driving truck technology, with start-ups such as Embark joining companies such as Tesla and Tesla Semi to carve out a slice of a $700 billion industry that moves 70% of all domestic freight, according to the American Trucking Association.

The technology behind self-driving trucks is still new and in development, with hurdles such as government regulations and trucker buy-in.

Alden Woodrow, who leads Uber’s self-driving truck effort, says Uber’s trucking plans remain in development, but he does not see the company running a fleet of self-driving trucks — which would imply that its technology would be available for purchase from large, established shipping companies.
“Today we’re operating our own trucks, but in the future it remains to be seen what happens,” he says. “Trucking is a very large and sophisticated business with a lot of companies in the value chain who are good at what they do. So our desire is to partner.”

Autonomous vehicles are being pursued by dozens of companies and states are adapting their rules to try to be on the front lines of a potential transportation shift.

Michigan, California and Arizona, for example, have been constantly updating their autonomous car testing laws in order to court companies working on such tech. California recently joined Arizona in announcing that it would allow self-driving cars to be tested without a driver at the wheel.