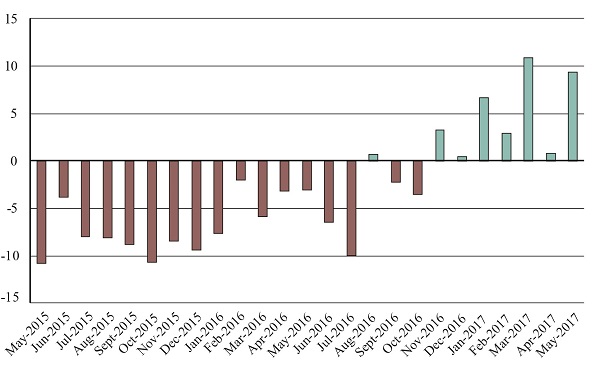 May 2017 U.S.-NAFTA freight is up from May 2016, totalling $98.2 billion as all five major transportation modes carried more freight by value with North American Free Trade Agreement partners Canada and Mexico.

The 9.4 percent rise from May 2016 is the seventh consecutive month in which the year-over-year value in current dollars of U.S.-NAFTA freight increased from the same month of the previous year.

Although the monetary value of commodities moved by truck only rose 5 percent, trucks were used to carry 63.4 percent of all U.S. NAFTA freight.