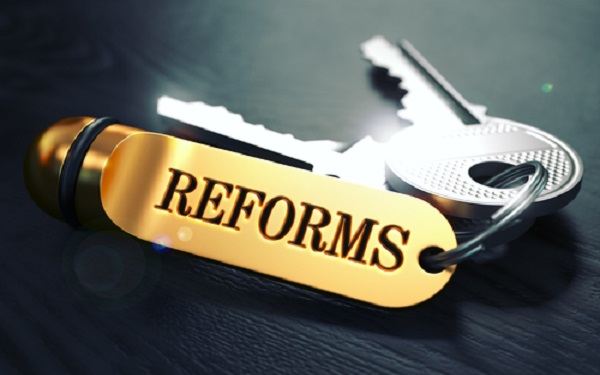 There was a palpable sense of gratitude and optimism among truck drivers that Administrator Martinez was engaged in trying to fix the hours of service regulations to make them more flexible and to help drivers stay safe.

Notably, Martinez used the verb ‘reform’ to describe his Administration’s work on HOS regulations, not a milder word like ‘change’ or ‘revision’.

“We’re moving as quickly as possible to reform hours of service,” said Martinez. “Everyone wants flexibility because there’s a safety issue.”

At the beginning of the session, Bill Quade, Associate Administrator for Enforcement, outlined the four specific areas the FMCSA wanted comments on. The first was the short haul hours of service exemption (100 air miles radius with no log), which applies if a driver can get off duty within 12 hours. Quade said the FMCSA was considering lengthening that to 14 hours. Quade also said that the way additional time can be added to on-duty driving for adverse driving conditions does not necessarily help a driver who’s up against their 14 clock, so the administration was looking to expand that. Eliminating the mandatory 30 minute rest break was on the table, and of course Quade mentioned one of the most consequential potential changes—the return of the split sleeper berth, which would allow drivers to rest when they’re tired and go off duty to avoid traffic.

Mark Elrod, an owner-operator, began by asking the FMCSA officials for clarification on personal conveyance.

The biggest change was previously the vehicle had to be unladen, but now we’re recognizing that we can have personal conveyance in laden situations,” said Quade. “[Lack of a distance limit] law enforcement community is not comfortable with necessarily. Take notes, annotate your duty status, and be able to make your case to a reasonable person.”

“Moving from 12 to 14 hours on shorthaul is brilliant. Thank you,” said Doug Smith, an owner-operator and member of OOIDA. “The 30 minute rest break is redundant because we always have to park and wait for something,” Smith explained.

“It’s critical that the agency understand that no two days [for a truck driver] are the same,” said Andrea Marks, director of communications for Trucker Nation. “If a driver was utilizing hours of service as proposed in the Trucker Nation petition, it’s unlikely they’d use their hours of service the same way every day because critical safety decisions must be based on the current situation, not on a number of rigid and inflexible hours. It is imperative that the agency be 100% committed to providing relief and flexibility to the professional driver.”

Dave Foster, an owner-operator with 4.4M miles wanted the 14 hour clock extended to 16-7, and commented that split sleeper might be able to help the parking situation.

Michael Gully, the CEO of Gully Transportation, said that accidents have climbed since the implementation of ELDs. “Now drivers are operating legally, but they’re also operating unsafely,” Gully said. “Drivers on ELDs take more chances than they ever did… the drivers out here need your help, to get this fixed so we can operate safely,” he said.

Holly O’Donnell, an owner-operator who has driven for 19 years and recently returned to team driving with her husband, said split sleeping would made it easier for teams to switch out drivers and keep their truck rolling.

Justin Virgil commented, “I haul feed for animals and livestock… shorthaul [exemption] should be up to 200 miles because you still return to your origin every night.”

Philip Barnett said he came to the United States in 1986 from Communist Slovakia. Barnett cut to the heart of the matter and said, “Communists put in so many rules, you can’t breathe.”