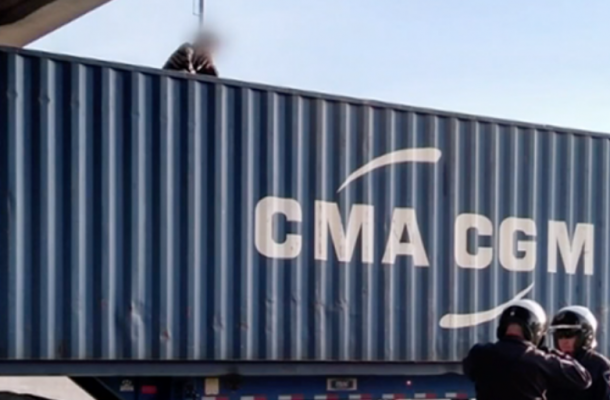 The Arlington, TX Police Department are honouring truck driver, Dwayne Crawford, as a hero, after he was able to utilize his truck to save the life of a suicidal teenager.

On Wednesday, March 27, police arrived on the scene to find a teenager perched on an overpass over I-20 in Arlington who was threatening to jump.

As officers tried to reason with the suicidal teen, Arlington Police Corporal Deric Sheriff decided to utilize the resources around him and tried to line up a truck under the overpass to “make the fall a lot less traumatic,” if and when he decided to jump off.

The Sheriff spotted a container truck, driven by Dwyane Crawford and asked if he was willing to assist.

Crawford stated that he carefully positioned his truck to try to get directly underneath the teen’s position on the bridge. “I was still rolling when he jumped. And as soon as I heard him hit, I looked in my mirror and saw Officer Sheriff waiving his hands,” Crawford said.

The Arlington Police Department stated, “A special thanks to our commercial drivers who lent a helping hand this morning. We were able to get the teen some help during this crisis intervention.”