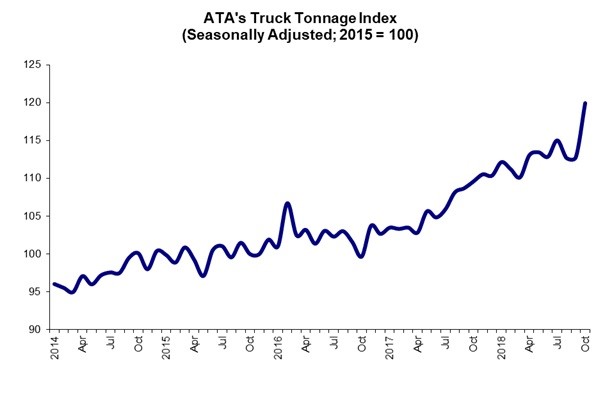 “After slowing at the end of the third quarter, truck freight surged in October,” said ATA chief economist Bob Costello. “Last month’s strength was due, at least in part, to strong import numbers, especially on the West Coast. This is likely a pull ahead of imports as shippers try to take delivery of goods before Jan. 1 when tariffs on a large list of goods China increases from 10% to 25%.”

September’s tonnage was revised up to a 0.1% gain from August, from a previously reported 0.8% decrease.