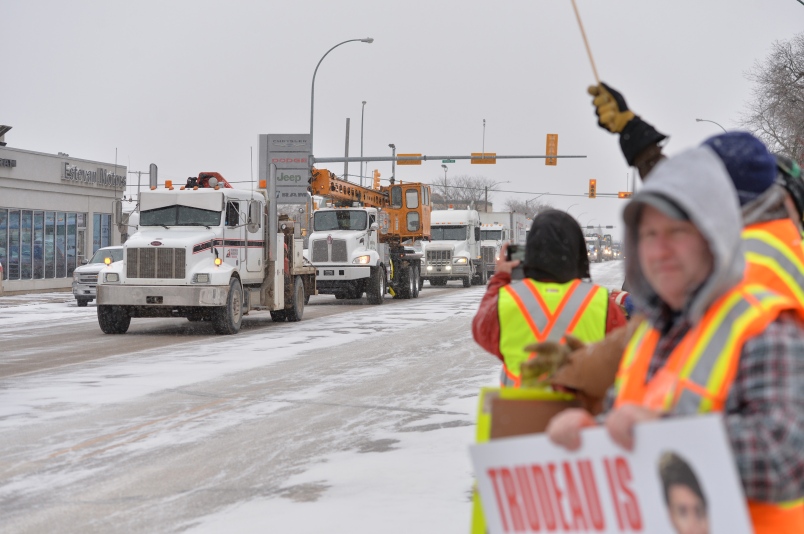 The weekend of protests

This past weekend, protesters took to their trucks in

Lloydminster, Estevan, Medicine Hat, Bonnyville, Brooks,  and other centres to protest the Trudeau government’s destruction of the oil and gas industry in Canada.

In Trudeau fashion, his solution is to throw money at the problem in an effort to buy votes with the money paid to the government by those very same voters who paid the money but in the form of guaranteed loans.  These protesters aren’t buying what Trudeau is selling.  Clearly, they want pipelines built.  They want means to get their products to market.  Trudeau wants the very largest contributor to the Canadian economy shut down.

This standoff is probably going to continue for the foreseeable future.  There is plans for a huge convoy to converge on Ottawa on February 15th, 2019.   This time truckers are not going to be bought off.