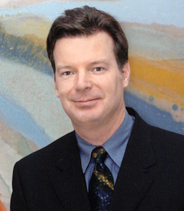 The Big Chill on Driver Supply

Who had ever heard the term “polar vortex” until this winter? Here in Canada, we’re supposed to be used to cold, snowy weather. But, the winter blitz and higher than expected freight demand combined to reveal just how strained transportation networks are when you peel back the cover.

Freight stopped. And, you know it’s bad when the trucks don’t move. Not only is it clear these flash capacity crunches are something shippers can expect whenever there’s severe weather (or any type of emergency situation, for that matter), but it also served as a long-term warning of how fragile the supply chain is and brought to the surface all the demographic, operational, and lifestyle-related underpinnings of the growing driver shortage.

How the supply chain responds to the fall-out from the polar vortex and how it prepares for the next emergency will determine the degree to which freight movement is impaired in the future. Shippers, carriers and drivers all have a stake in this. For example, it is not enough for shippers to say it’s the carrier’s problem; to not give a thought to the poor driver who is out their delivering their goods.

The same goes for the driver shortage. The CTA Blue Ribbon Task Force on the Driver Shortage identified a lack of respect and poor treatment of drivers by shippers as one of the factors contributing to the supply-demand gap for drivers.

Here again, the experience of what some drivers encountered as the first polar Vortex  hammered North America provides examples of behavior that only serves to make things worse. The following really happened.

After a white-knuckle trip through the severest of weather, a truck driver arrived at his destination to drop off his load; cold, hungry and tired. Because delivery schedules had been thrown into chaos, the driver was told he’d have to wait several hours to be unloaded. (Some drivers reportedly waited 10 hours or more in the U.S. at the height of the storm). That’s frustrating, but perhaps understandable. However, he was also told he could not idle the truck on the property because it’s against company ‘policy’ and if he exited the yard gates, he’d lose his place in the queue. Worse, the driver was not permitted to use the washroom or any other facilities while he waited – in adherence, once again, to company “policy.’

The driver’s carrier had two choices in this case: Begrudgingly succumb to the-customer-is-always-right (even when he’s not) mantra and allow the driver to freeze until the shipper is ready for him; or pull the driver and the load out of there and deal with whatever consequences the customer dishes out (likely knowing full well it wouldn’t be nearly as bad as having to replace a perfectly good driver when, upon his return, he tosses back the keys and walks out). In this case, the company instructed the driver to pull the load and leave.

While this is one of the most egregious examples of indifference towards a driver’s well-being that I’ve heard, sadly it’s not the first. How do you prepare or ever get used to being disrespected like that? Its experiences like this that drivers don’t forget. And those are the stories that vibrate across truck stops and dinner tables. That sort of behaviour is even more audacious considering just how vulnerable the system was during the snow storm and freezing weather.

Companies that throw fuel on the fire by treating drivers in such a manner or refuse to improve efficiencies to turn drivers around quicker are the prime reason why the U.S. government is now setting its sights on detention time. There’s serious talk of the Federal Motor Carrier Safety Administration regulating shipper behaviour by fining companies for detaining drivers and affecting their per-mile pay. FMCSA also views detention and other actions that eat into available hours-of-service as issues that affect safety. “We need a real change in our transportation culture to recognize that safety means more than complying with safety rules. It means changing work-rest schedules that contribute to fatigue,” FMCSA director Anne Ferro said recently when asked about driver detention.

Although I can understand the government’s impulse, surely this is something shippers and carriers can work out. However, the message is clear, if the most impacted parties don’t improve things on their own, if shippers don’t engage in meaningful consultation with their service providers, or if their only response to working together to find efficiencies is “will it reduce my rate?” there’ll always be regulators somewhere who think they can step in and force a solution.

I don’t think it needs to come to that and, frankly, nothing sends a message clearer than freight sitting on a dock, which is not something that’s in anyone’s interest. Not too long from now, mandatory e-logs will help carriers and owner-operators of all sizes quantify the costs of detention as well as qualify the impact on hours of service and available capacity. In the meantime, there’s nothing stopping companies from treating our hard-working drivers with the respect they deserve. Drivers will always vote with their feet – it’s happening right now – but with some better communication between customer and supplier and operational improvements at the ground level, companies can avoid being left out in the cold when the eye of the capacity storm blows in.