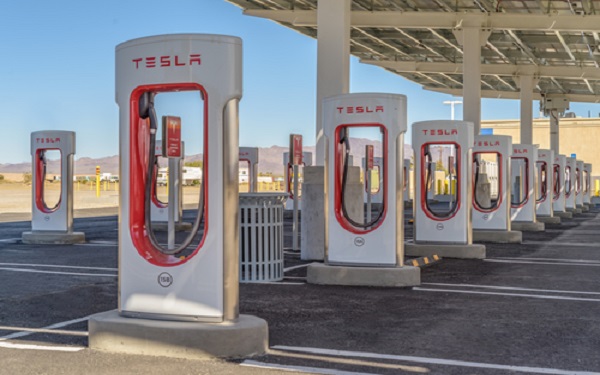 Tesla’s Semi truck has already made some city-to-city trips, but how does it fare on cross-country excursions? Just fine, if you ask Elon Musk.

Tesla’s Semi made its latest visit to Arkansas trucking company J.B. Hunt. CEO Musk said that the Semi has been traveling thousands of miles entirely by itself, using the existing Supercharger network. This means that even though the Tesla Semi is still in the prototype stage and not in production, it can already get across the US using the charging stations designed for cars, and without any other vehicles or teams there to provide assistance. The only necessary help is an “extension cord” to help the truck plug in. It’s actually a system of cords that plugs into multiple stations at once to top up the Semi’s giant battery before the company’s Megachargers come online.

The truck still had a backup driver but there was no escort, no backup vehicles, and no reliance on the still-to-come Megacharger stations. This solo trip is likely meant to reassure customers that the Semi is already capable of handling long-distance trips without escorts. However, some things remain to be seen. How long does it take to recharge using Superchargers, and how likely is it that drivers could rely on them when Megachargers aren’t available? Also, while it’s easy for a single Tesla-operated truck to cross the US using the existing framework, what if there were thousands of third-party trucks in service?

A big step has been taken in the world of autonomous semi-trucks, but much is also still to be seen.