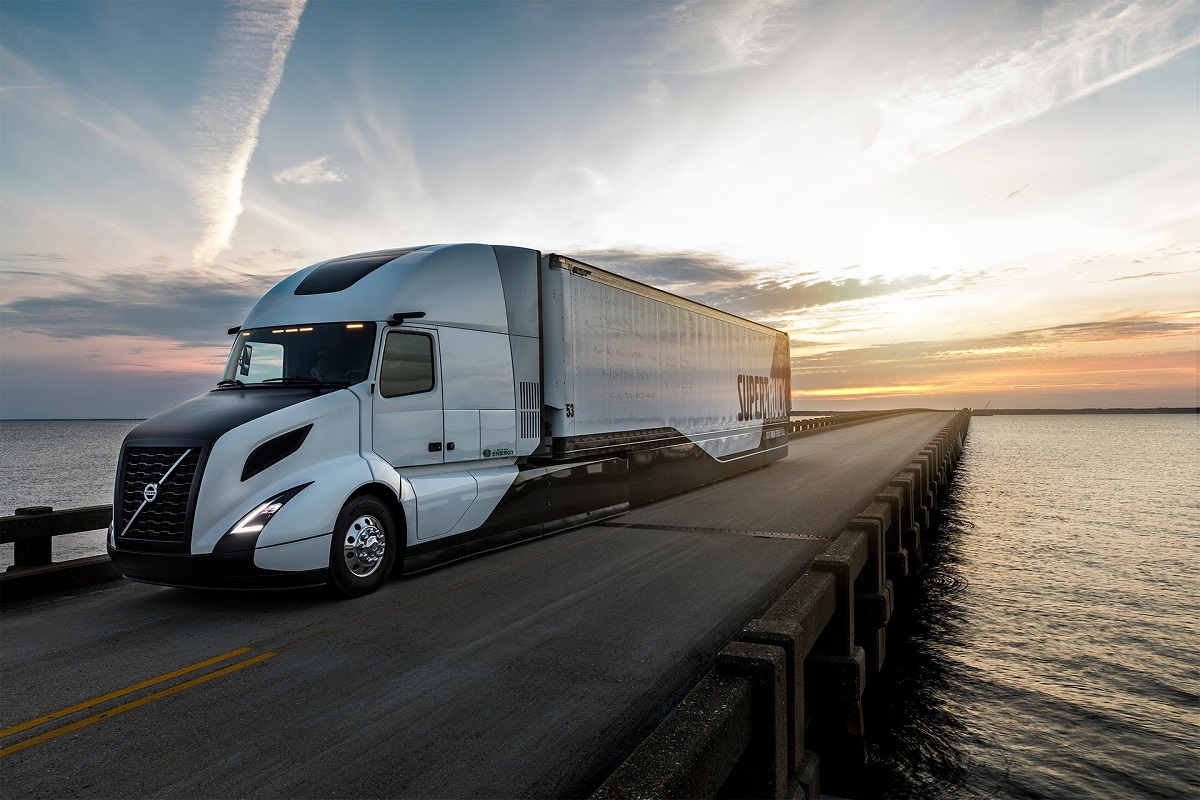 In 2009, the US Department of Energy had a bold initiative – develop Class 8 tractor trailers with 50% greater fuel efficiency. When the announcement was first made seven 7 years ago, many were skeptical of whether a task like this could be completed. Fast forward to today, and some manufacturers haven’t just met the requirements, they’ve surpassed them, thanks to their new SuperTrucks.

Class 8 trucks haul about 80% of the goods in North America and use about 28 billion gallons of fuel per year in the USA alone. Even though commercial trucks only make up 4% of vehicles on the road, they consume about 20% of the fuel! In order to reduce their reliance on fossil fuels, four teams of truck manufacturers and suppliers began designing and optimizing technologies to increase fuel efficiency and lower carbon emissions. Crews from Cummins & Peterbilt, Freightliner, Navistar, and Volvo began their SuperTruck Programs.

So, what makes a Class 8 SuperTruck? Although there’s not an easy or short way of defining them, SuperTrucks utilize the following technologies to increase fuel efficiency (Note: this list is not exhaustive):

So, the initial nagging question was whether the fuel efficiency targets could be met. The results were staggering.

We had a chance to chat with the Volvo team to gain more in-depth knowledge about their SuperTruck Program. The manufacturer’s PR team also sent some great online materials for our perusal.

According to Volvo, their first challenge was to build a tractor trailer combination that had an efficient chassis and was ultra aerodynamic. Rather than using generic materials, carbon fibre was used on the entire roof, hood, and side fairing – not only is carbon much lighter, but it’s also stronger. Volvo is also working on developing new materials with similar properties but at a much lower cost. Next, their SuperTruck partner, Ridge Corp, developed trailer add-on aerodynamic devices made of composite materials in order to meet the desired durability and stiffness without compromising payload capacity. Moving on, rather than using steel, the entire chassis of the SuperTruck is made of aluminum; only the bolts holding it together are steel. Volvo’s aluminum chassis is almost half the weight of traditional steel and has the greatest impact on the vehicle weight.

Thanks to a much lower weight and aerodynamic drag, Volvo’s SuperTruck required a lot less engine power. Rather than using the baseline D13 engine, a D11 engine was more than sufficient. This downsizing  yielded further weight reduction. Overall, with all these changes, Volvo’s SuperTruck’s weight was reduced by 3,200 pounds.

Previous articleHow to Chain up Your Rig’s Winter Tires
Next articleUS Gains 6,400 Transportation Jobs in November.