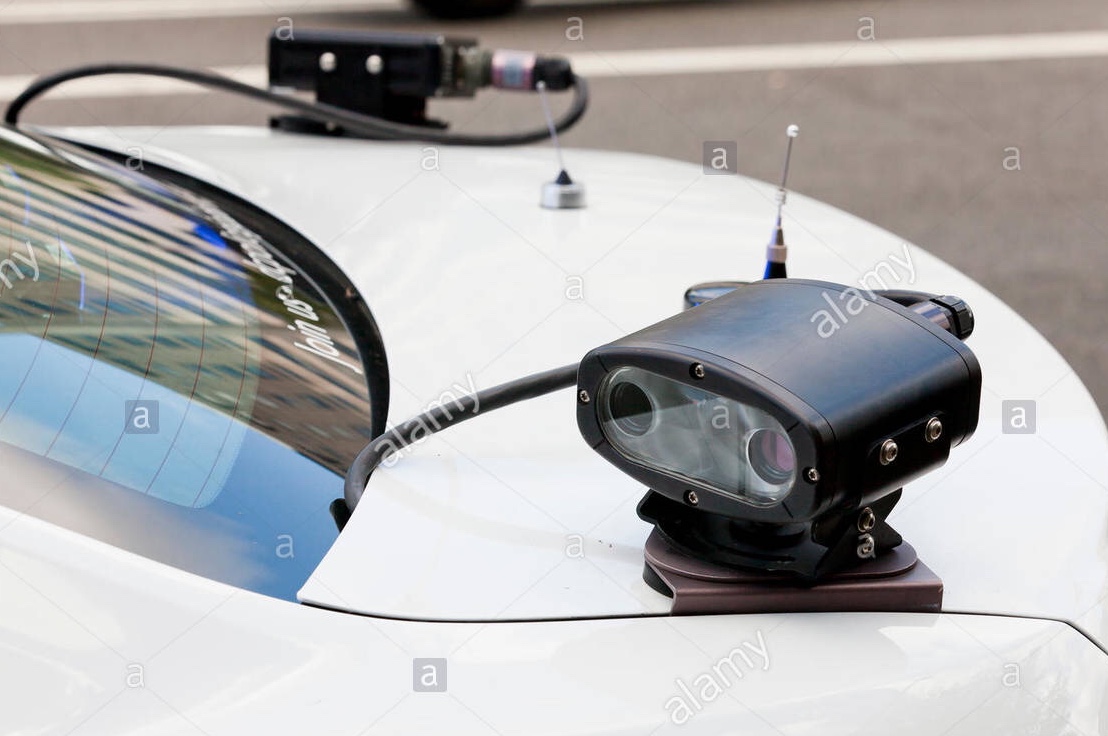 High-tech cameras that capture the date, time and location of vehicles are used in some capacity by about 600 local and state police departments and other state and federal agencies, according to the American Civil Liberties Union.

Private business, such as repossession companies and vehicle insurance companies, also use the technology, which can capture about 1,800 images per minute.
The technology is not without flaws. Conditions that include bad weather, poor lighting, dirt on plates, and even background colours can result in false matches.

Critics say use of the scanners amounts to warrantless searches.

The Wall Street Journal previously reported that the federal government has made a practice of tracking the location of millions of vehicles. The practice has been carried out without a warrant, or public notice of the policy.

Supporters say the scanners are not intended to infringe on peoples’ privacy.

To date, at least 15 states have enacted rules relating to the use of ALPRs. Among the group, there are seven states to place restrictions on government or law enforcement use of the technology. Nine states limit how long data can be kept, and four states specify that data is exempt under public records laws.

Georgia The House voted 169-2 to approve a bill to require law enforcement agencies in the state that obtain license plate information through ALPRs to destroy unused data after 30 months. It now moves to the Senate.

Currently, state law does not limit the length of time data can be kept by law enforcement agencies.

HB79 would permit agencies to retain data for a longer period if it is part of an ongoing investigation or a toll violation. Data could also be shared between agencies.

Rep. Paulette Rakestraw, R-Hiram, said the bill would strengthen the state’s privacy laws and protect citizens from having their license plate information stored indefinitely or subject to open records requests.

The bill is in the Senate Public Safety Committee.

Massachusetts In the Bay State, a bill on the move would regulate the use of the tracking technology.

The Joint Committee on Transportation voted to advance a bill to limit use of ALPRs by police for “legitimate law enforcement purposes.” Valid purposes include crime investigation, traffic or parking violations, or searches for missing or endangered persons.

Collected data would be required to be transferred to the executive office of public safety and security within 48 hours. At that point, there would be a 120-day data retention period. Extensions could be granted on a case-by-case basis.

S2299 has moved to the Senate Ways and Means Committee.

Missouri A bill introduced this month in the Senate covers use of ALPRs along the state’s roadways.

Data could be kept for up to one year under certain circumstances. Also, sharing of data with the federal government would be prohibited if not in accordance with the proposed law.

The bill awaits assignment to committee. A similar effort, HB1735, is in the House.

Nebraska A new law provides criteria for who can use plate readers.
LB93 permits government entities to use the technology only to identify vehicles that are associated with a missing person, registered to someone with an outstanding warrant, relevant to an ongoing criminal investigation or reported as stolen.

Captured data must be purged within 180 days unless it is used as evidence or is the subject of a warrant, subpoena or court order.

“Protecting the privacy rights of our citizens should be one of the government’s highest concerns,” Sen. Matt Hansen of Lincoln, bill sponsor, said in previous remarks.

New Jersey An effort is underway that would prohibit unauthorized use of data collected via ALPRs.

Assemblyman Benjie Wimberly, D-Bergen/Passaic, has said that while the data can help law enforcement agencies quickly locate and apprehend criminals, “the collection of massive amounts of information regarding people’s whereabouts raises privacy concerns.”

His bill, A1137, would authorize punishment of up to six months in jail and/or a fine of up to $1,000 for employees of law enforcement agencies that use or access collected data without authorization.

One more bill, A199, focuses on the amount of time that data can be kept. The bill would limit data retention to 48 hours.

It is in the Assembly Law and Public Safety Committee.

New York A bill in the Consumer Affairs and Protection Committee would prohibit the use of camera systems to record license plates.

Sponsored by Assemblyman Jeffrey Dinowitz, D-The Bronx, A9772 would ban private entities from using the technology. An exception would be made for toll collection and photo-monitoring systems.

Assemblyman Matthew Titone, D-Staten Island, wrote in a memo on the bill that certain businesses collect data from vehicles on the road, in parking lots and garages, or in driveways.

They often sell the data to law enforcement or third parties for repossession purposes.
“This bill aims to end the business of collecting this data,” Titone wrote.

Pennsylvania The House voted unanimously to advance a bill to put into place restrictions on the state’s use of automated license plate readers. It now moves to the Senate.
Pennsylvania law already permits police, parking authorities and other non-law enforcement entities access to the scanners.

HB1811 would specify who can use plate readers, how data can be collected, and the length of time data can be kept.

Sponsored by Reps. Greg Rothman, R-Cumberland, and Robert Matzie, D-Ambridge, the bill would allow vehicle data to be kept for up to one year. At that time, captured data must be destroyed.

Data collected prior to the bill’s passage would have to be destroyed within 60 days of the bill’s effective date.

Rothman has said the data collected is an invaluable tool for law enforcement. He said the bill is to help ensure the information of Pennsylvanians is kept private if they are doing nothing wrong.

“The current technology of automated license readers is being used,” Rothman previously testified. “This is a new chapter in the vehicle code that will restrict how that data can be used by governmental agencies. Heretofore, this bill will put in place limits that have not been in place.”
The bill is in the Senate Transportation Committee.

Vermont One bill covering the issue is halfway through the statehouse.

Statute now specifies the scanners cannot be used for parking enforcement or traffic violations. However, information can be collected for ongoing criminal, missing person, or commercial trucking investigations or enforcement.

The Department of Motor Vehicles is authorized to manage a separate database of ALPR data in connection with commercial vehicle enforcement activities.

Data retention is limited to 18 months.

The Senate has approved the bill. It is now in the House Judiciary Committee. The House version, H605, is also in the committee.