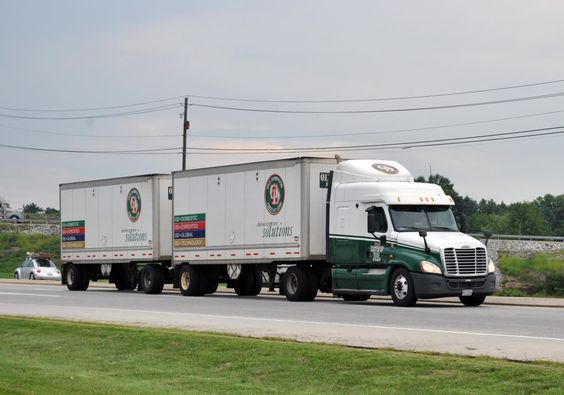 The shipping industry wants Congress to increase the size of some shipping trucks, saying the move would help increase shipping capacity and lower costs while online sales are booming.

Shipping companies like FedEx, UPS and Amazon want to be allowed to use so-called twin 33s, a configuration that allows trucks to haul two connected 33-foot trailers. Current law limits the trucks to two 28-foot trailers.

But opponents worry the new regulation could be a safety hazard, and opposition from trucking unions and railroad interests have succeeded in delaying changes to existing law.

“These trucks would be at least 84 feet long, and we know that current double trailer trucks have an 11 percent higher fatal crash rate than single trailer trucks,” said Catherine Chase, president of Advocates for Highway and Auto Safety, a road safety advocacy group.

She added that double trailers are more difficult for drivers to maneuver because the second trailer is more likely to swerve out of its lane.

The current state of the nation’s infrastructure is also a problem and would require improvements to handle bigger, heavier trucks.

Advocates of the longer trucks say that such arguments are superfluous.

“Twin 33s, without adding any weight, can do 18 percent more work with just one truck than an existing set of twin 28s,” said Randy Mullett, executive director for Americans for Modern Transportation, a coalition of shippers and carriers pushing for the new provision.

Adding more capacity to existing trucks, he argued, will lead to fewer trucks on the road, and thus fewer accidents.

Shippers say that the current truck configurations for sending parcels fill up because of bulk, well before they reach the 80,000-pound legal weight limit. The group is not looking to increase weight limits for the longer trucks.

Shipping groups say that the huge spike in online shopping has made it tougher to efficiently fulfill orders using the less than truckload trucking options available.

Increased efficiency, Mullett said, would bring down the cost for consumers while also boosting profits for shippers.

It sure looks like profits over safety yet, again.