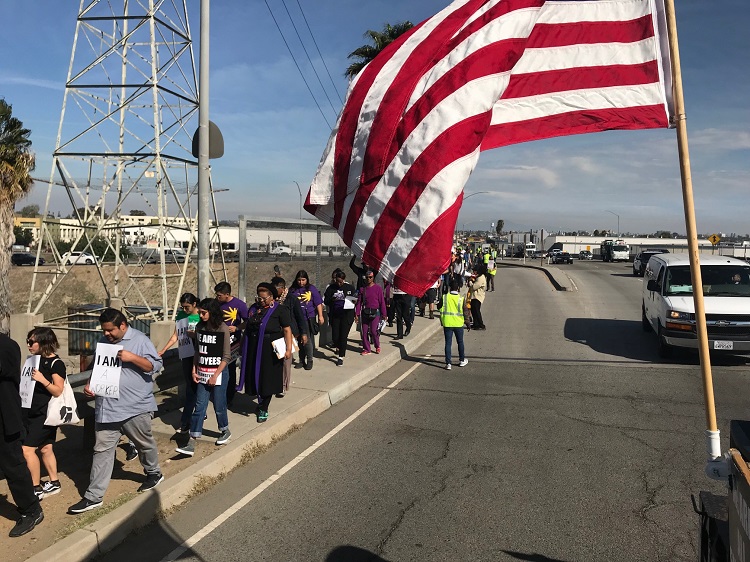 Port truck drivers and warehouse workers joined civil rights activists in a march from the Port of Long Beach to the Port of Los Angeles on Thursday, March 8, to protest working conditions.

The timing of the event was in commemoration with Bloody Sunday, the landmark March 7, 1965 civil rights march in Selma, Ala., to protest racial injustice.

“Fifty-three years ago, peaceful protesters in Selma began a march across the Edmund Pettus Bridge in a demonstration to end racial discrimination and secure justice for Americans of colour,” Eric Tate, secretary treasurer of Teamsters Local 848, said in a news release.

“They were met by a line of officers with clubs and tear gas. The violence that unfolded became known as Bloody Sunday. Here at the Ports of Los Angeles and Long Beach, Jim Crow racism continues. Economic injustice is rampant. Worker exploitation is a business model.”

Pay and work conditions for truck drivers at the ports have been in the news since USA Today published an investigative report that looked into illegal subcontracting schemes that exploit truckers at the Ports of Los Angeles and Long Beach.

Some of the reports have said that there are truck drivers who are being paid $150 a day but have to pay $140 per day in leasing fees.