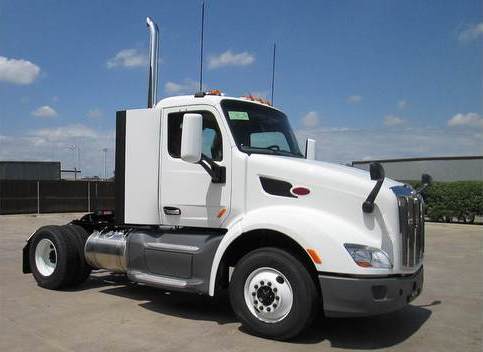 DENTON, Texas  Advanced technologies capable of autonomous driving to complement vehicle operators was showcased during the ITS World Congress in Detroit this week. The innovative system was demonstrated on a Peterbilt Model 579 concept truck.

“The autonomous truck of the future is an extension of existing, individual systems already available for today’s commercial vehicles,” said Bill Kahn, Peterbilt Principal Engineer and Manager of Advanced Concepts. “The vehicle we demonstrated during the ITS World Congress showcases how these technologies can integrate to provide the next generation of advanced cruise control and automation features. Heavy-duty trucks are an ideal platform for automated operation because, compared to motorists, commercial vehicles travel a majority of their miles on modern highways, at constant speeds and for extended periods of time.”

Kahn noted the automation technologies are not driver replacement tools but rather complement the truck operator.  “Improving safety, efficiency and performance are top priorities for the entire transportation industry. These are common goals we are collectively working toward,” Kahn said.

Previous article
Mishandling Hazardous Material has Consequenses.
Next article
Could the economy be improving?