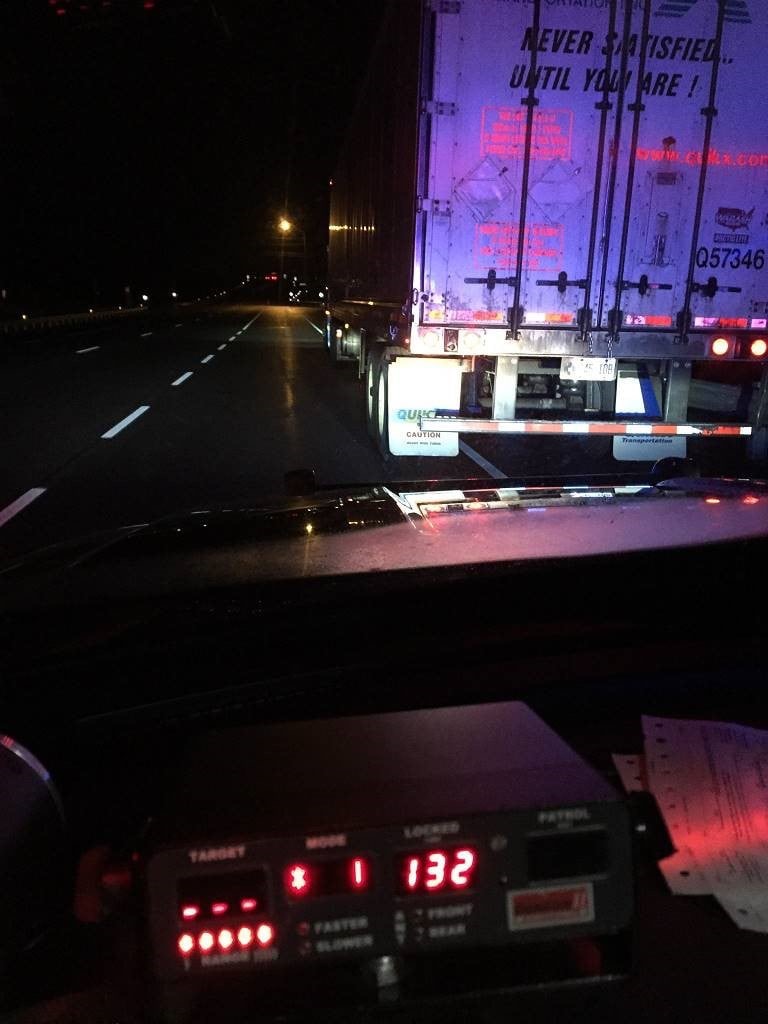 North Bay OPP stopped this tractor trailer last night on Highway 11 for driving 132 km/h.   The driver was charged with:

– Drive with no speed limiter

– Drive under license of other jurisdiction while being suspended in Ontario

The company is charged with:

Speed limiter opponents argue that safety is compromised by not having certain abilities like being able to apply power in preparation for upgrades.  That speed limiters take away the necessity of actually having full control of the truck constantly — for example, the driver simply stomps on the fuel feed to the floor and leaves it there and drives against the speed limiter because “can’t get stopped for speeding”.  These are valid points of view.

Speed limiter proponents use words and phrases like “it’s safer”, “it saves fuel”, “it provides a level playing field”, the statistics support neither side.

What this particular incident points out is there is a need for reciprocity amongst all jurisdictions to prevent those who have no ability to drive in an acceptable manner for becoming barred in one jurisdiction and simply moving to another and start fresh.  Reciprocity would improve safety and would have no distinction between commercial driving and pleasure driving.  No distinction between tractor trailers and cars.