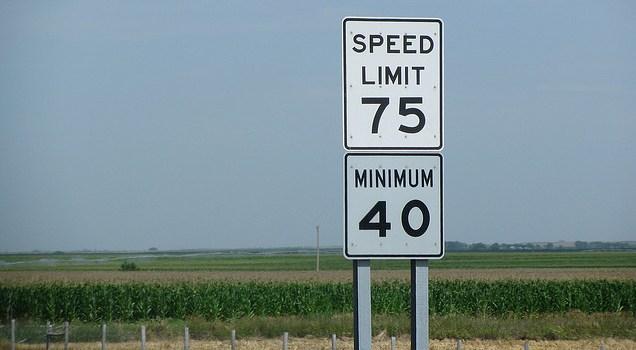 Rep. Ron Hicks, R-Dardenne Prairie, has filed a bill for consideration during the regular session that started today that would raise speed limits from 70 mph to 75 mph for all vehicles on stretches of rural interstates and freeways.

A similar bill was considered during the 2015 regular session, but the effort never made its way out of committee.

There are 17 states that authorize speeds of at least 75 mph. Only two of those states (Idaho and Montana) allow cars to travel one speed – 80 mph – while keeping trucks at a slower speed – 70 mph in Idaho and 65 mph in Montana.

Maine is the only state east of the Mississippi River with posted speeds in excess of 70 mph.

Critics say that truck tires are not designed to handle speeds in excess of 75 mph. They point out that tire manufacturers say traveling faster than 75 mph can cause tires to blow out, creating safety issues.

Another point made is that many motor carriers set maximum speeds on commercial vehicles at 65 mph – to save fuel.