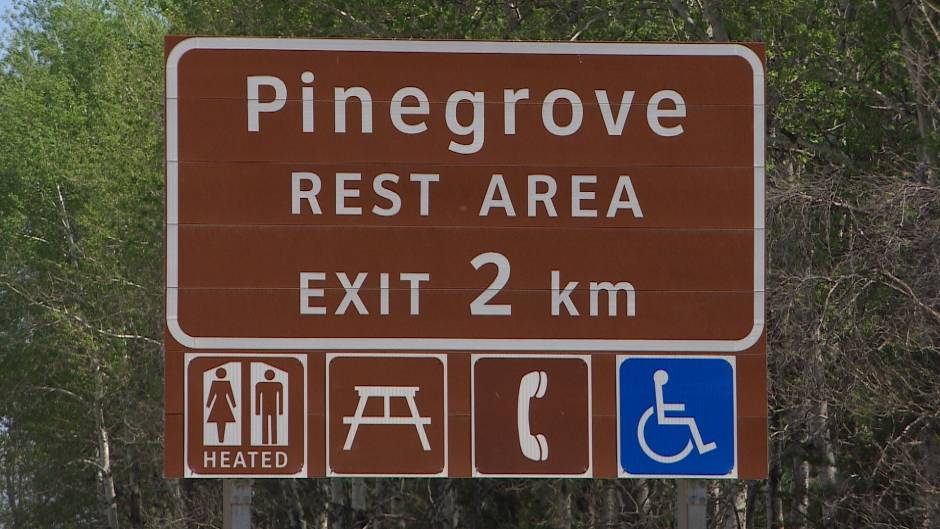 The Manitoba provincial government backed down on its decision to close the Pinegrove Rest Area and will also reopen The Menisino rest stop closed last week near Piney in southeastern Manitoba.

Infrastructure Minister Ron Schuler told question period Thursday that Pinegrove will remain open, and infrastructure for the Menisino rest stop on Highway 12 south of Steinbach will be returned.

The Menisino rest stop was closed days after Schuler told reporters last week he wasn’t contemplating closing any other rest stops other than Pinegrove. The portable toilets, picnic tables and fire pit were removed from the Menisino site and a “closed” sign was put up.

The government’s decision Thursday follows a 10-day blitz by Wayne and Penny Lovenuk, the former owners of Zack’s Burger Bus that was located at Pinegrove, to save the Trans-Canada Highway rest stop. The Lovenuks ran both a social-media petition and a written petition, which they presented to the government.

“We’re Joe Nobody, and the satisfaction that even someone like us were able to make something happen is unbelievable,” said Penny.

The Lovenuks also credited the Manitoba Trucking Association, which has had several conversations with the government since the announcement last week that the popular bathroom and break stop would close in the fall.

“I think it’s great,” said Terry Shaw, association executive director. “There was a public outcry, there was a lot of attention to this in the media, and there was an industry concern raised about safety.”

Commercial truck drivers often park at Pinegrove to rest or check their loads and trucks. Many will spend the night. Convoys of large trucks often line the road into the rest area at night.

Shaw credited the government for listening to other viewpoints.

“Kudos to them for recognizing the opportunity to take a step back and change course,” Shaw said.

The government gave notification about two weeks ago that the Pinegrove rest area, the only public rest stop on the Trans-Canada Highway between Winnipeg and Ontario, would be closed. Schuler said the rest stop would be closed in September and demolished. The reason given was its lagoon needs replacing at a cost of $1.6 million.

Schuler did not say on Thursday what will be done about the lagoon. The RM of Reynolds shares the Pinegrove lagoon.