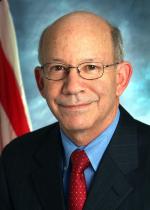 The purpose of the hearing was to examine the role the transportation sector plays in global warming and learn from those in the public and private sectors that have demonstrated pragmatic solutions for reducing carbon emissions and building resilient infrastructure.

Although the committee has generally agreed on many infrastructure issues, including looking into a vehicle miles traveled tax and other funding mechanisms, Democrats and Republicans were at odds over how much, if at all, the federal government should get involved in issues related to climate change.

Most Republicans on the committee questioned whether or not the government should mandate certain timelines and goals for emissions and alternative fuels, claiming the free market already does a good job creating cleaner energy.

As an example, Young of Airlines for America pointed out that from 1978 to 2017, U.S. airlines improved their fuel efficiency by more than 125 percent. Airlines had no federal mandate to reach that goal. Since fuel accounts for the largest overhead costs, it behooves companies to search for the cheapest fuel options possible.