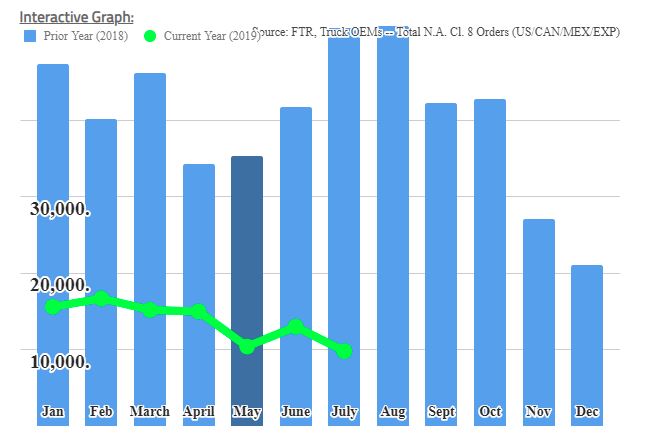 FTR reported orders of 9,800 units, noting carriers appear to be in no rush to grab 2020 build slots. July orders were down 24% from June, according to FTR, and 82% year-over-year.

ACT Research published a preliminary count of 10,200 units, which according to its numbers is down 21% from June, marking the lowest monthly tally since February 2010.

Regarding the medium duty market, Vieth explained, “While not as weak, and after a seven-year positive run, the medium duty segment is looking increasingly tired, with July’s preliminary Classes 5-7 net orders at 15,900 units, down 20% year-over-year and 18% through year-to-date July.”