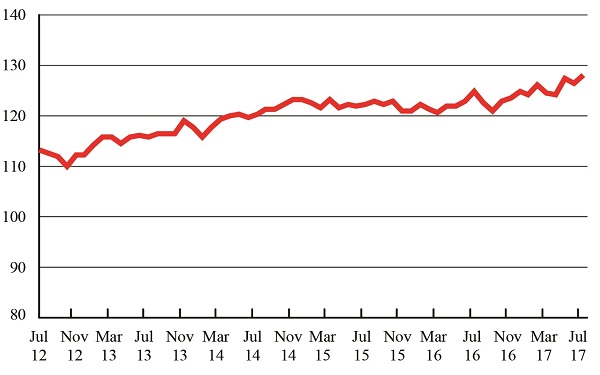 The Freight Transportation Services Index, which is based on the amount of freight carried by the for-hire transportation industry, reached an all-time high in July. This is the third month this year the TSI has set a new record, with the previous high in May.

The Freight TSI rose 1.4 percent in July from June, according to the U.S. Department of Transportation’s Bureau of Transportation Statistics. The July 2017 index level of 128.2 was 35.4 percent higher than the April 2009 low during the most recent recession.

The July increase was driven by gains in trucking, pipeline and water, while rail carloads decreased and air freight and rail intermodal were stable. The increase took place against a background of growth in several other indicators in July. Employment and Personal Income both increased.