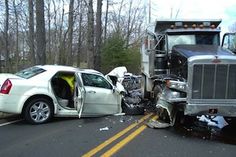 Building from Phase I research into possible connections between crash risk and drivers’ schedules, the Federal Motor Carrier Safety Administration seeks approval to move on to Phase II of the study.

Dating back to 2011, the agency stated its commitment to a comprehensive analysis of the relative crash risk by driving hour and the impact of the changes in the hours-of-service regulations implemented at the time.

That commitment was encouraged in a 2015 report by the National Academies of Sciences, Engineering and Medicine. The Academies recommended that FMCSA should incentivize motor carriers that capture driver performance data, effectively increasing the amount of data collected related to driver fatigue and hours of service.

The current effort, titled ‘‘Crash Risk by Commercial Motor Vehicle Driver Schedules,” also referred to as Phase I, only collected data from nine motor carriers, each with more than 1,000 drivers.

“FMCSA has determined that the proposed data collection schedule is necessary to complete the study; currently, there is limited existing data that can be used for this project,” the agency’s Information Collection Request seeking approval for Phase II stated. “The Phase I data set only included nine carriers with no vehicle or Motor Carrier Management Information System (MCMIS) data.

“Although the Phase I data set is valuable, it is insufficient to answer the research questions required in this project.”

The agency is proposing to expand the data collection effort to 44 carriers over a three-year period.

Areas the study will explore include:

Of note, the Information Collection Request also includes a request to study the relative crash risk in comparison to recovery periods within the 34-hour restart that includes the 1 a.m. to 5 a.m. overnight periods. Those required overnight times were removed from the restart provision after a previous agency study concluded they offered no improvement over crash risk.

The agency will accept comments on the request until Dec. 24. To view the request and to comment, click here.