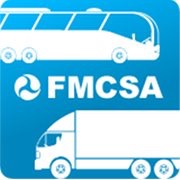 The FMCSA recently announced their plans to make the transition to a long-term crash preventability determination program in order to “gain additional data to recognize possible safety risks on our nation’s roads.”

The new crash preventability program would be the permanent implementation of a two-year program that started in August of 2017. The program allowed carriers to request a review of the crash if the carrier believed that the accident was unavoidable.

The goal of the program was in part, to help the FMCSA identify high-risk motor carriers.

During the two year program, crashes that fell under one of the following circumstances and occurred on or after July 1, 2017, were eligible for a preventability review:

“Data drives our agency’s decisions, and the information we’ve received and analyzed during the demonstration project informed our action today to expand and improve the crash preventability program,” said FMCSA Administrator Raymond P. Martinez. “We’ve listened to carriers, drivers, and other commercial motor vehicle stakeholders throughout each step of this process, and strongly encourage all interested parties to submit comments on our proposed changes.”

For more information and to learn how to submit comments on the Notice of Proposed Rulemaking, click here. Comments will be accepted through the end of September.