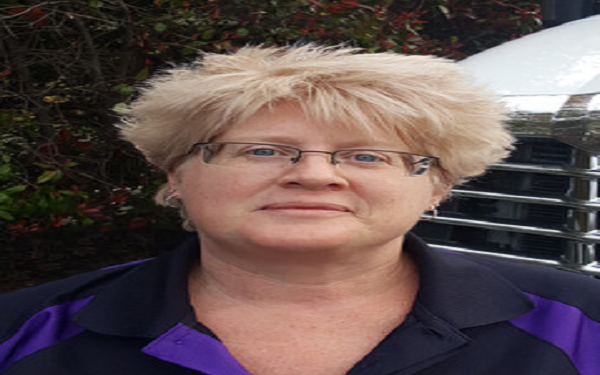 Women In Trucking Association has named Shelly Feidt as its July Member of the Month.

Shelly is a veteran of nearly 10 years in the expedite trucking industry. She and her husband Mitch manage their fleet of seven trucks from home.

When Shelly was asked if she would encourage other women to pursue careers in trucking, the answer was an enthusiastic yes. “I would say go for it,” she said. “It’s a whole new direction.”

Shelly had several previous jobs. She was working in a greeting card factory when she met Mitch, who was already driving for FedEx. The two married in 2007 and Shelly joined Mitch on the road in 2008.

The Feidts have driven for FedEx Custom Critical their entire careers, and Shelly said there’s a good reason why. “We have so much support from Fedex and can’t say enough about them,” she said.

Although Shelly is now off the road managing the business, she really enjoyed her time driving. “I love it,” Shelly said. “You get paid to see the country and you get to meet a lot of wonderful people.”

Shelly said being a female driver in an industry typically dominated by male drivers had some challenges, especially early in her career. But her no-nonsense attitude carried her through.

“When I first started, I had a couple of issues, but I just kind of shoved through it,” she said. “I’m out here to do my business.”

One thing that has contributed to the Feidts’ success, Shelly said, is their ability to prioritize and avoid frivolous expenses. “It’s all about priorities,” she said. “If you’re spending your money all the time on things like eating outside the truck and going to movies, etc., you’re not going to make it. When you’re out here on the road, you have to know what’s important.”

The best part of the trucking lifestyle, Shelly said, is the relationships and the sense of community. “It’s just a really great group of people,” she said. “We’re all out here together. I even had the president of FedEx Custom Critical in our truck for a ride-along!”

Shelly and Mitch will be attending Expedite Expo July 20-21 in Lexington, KY. To learn more about expediting and to meet them, you can catch them in the FedEx Custom Critical booth #331.