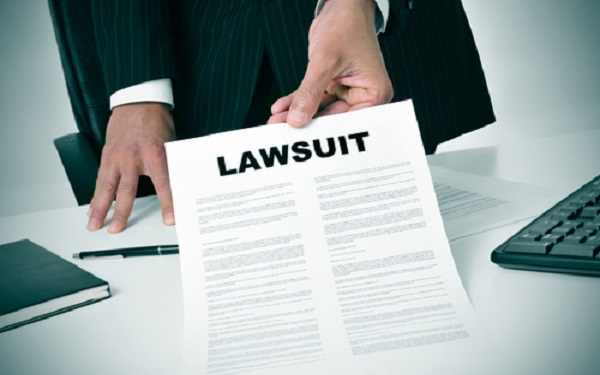 Environmental groups on Tuesday sued the Environmental Protection Agency over its decision to delay enforcement of a regulation meant to limit the number of trucks sold with older engines that don’t meet newer pollution rules.

A 2016 rule limited sales of glider trucks, which are new truck bodies with old engines and chassis, to 300 per manufacturer per year.

But earlier this month, then-EPA chief Scott Pruitt ordered the agency to stop enforcing that limit while it works through the regulatory process to repeal it.

The green groups who filed the lawsuit and refer to the glider trucks as “super-polluting” trucks are asking the federal Court of Appeals to issue an emergency order to compel the EPA to enforce the 2016 rule.

“Scott Pruitt was at the EPA helm when this illegal policy was adopted, but Andrew Wheeler is refusing to fix it. Wheeler may try to claim he’s different from Pruitt, but in reality, he’s one in the same,” Joanne Spalding, the Sierra Club’s chief climate counsel, said in a statement, referring to the EPA’s acting administrator.

“The outside of these trucks may look new, but inside, they’re run by old dirty engines. The EPA’s decision to halt the enforcement of this rule endangers the health and safety of American families and our climate,” Spalding added.

The groups argue that the EPA can’t legally stop enforcing a rule that’s on the books.

“People will die because of Pruitt’s parting gift of thousands more super-dirty trucks on our roads spewing toxic pollution into the air we must breathe,” Vera Pardee, senior counsel at the Center for Biological Diversity’s Climate Law Institute, said in a statement.

A study completed by EPA researchers last year found that glider trucks emit as much as 43 times the nitrogen oxides as new trucks and 55 times the particulate matter. Multiple Republicans in Congress are investigating that study, claiming that close cooperation with truck maker Volvo Trucks may have violated scientific standards.

Separate research by Tennessee Tech University, which was sponsored by Fitzgerald Glider Kits, found that the vehicles have similar or better emissions. The EPA cited that study in its proposed repeal of the rule last year, but the university has since disavowed it and asked the EPA to stop using it.

Pruitt’s proposed repeal last year rested on his argument that gliders cannot be regulated under the Clean Air Act because they are not “new motor vehicles,” a conclusion that environmental groups have challenged.

But Tuesday’s lawsuit focuses mostly on the greens’ claim that the EPA cannot use its enforcement discretion to ignore an existing regulation.