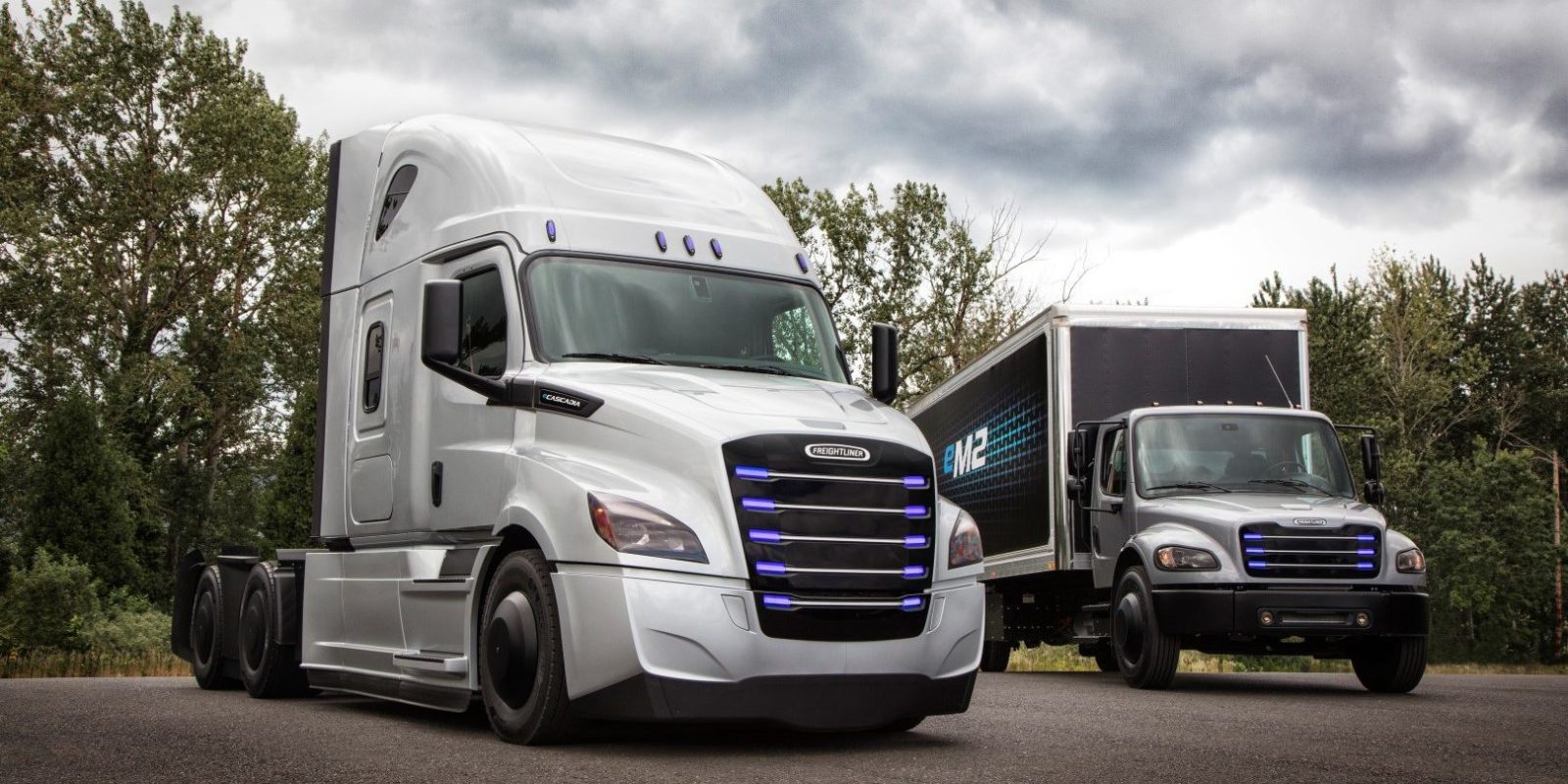 Electric Trucks On The Way

Freightliner, one of Daimler Trucks North America’s truck brand, announced it built its first two eCascadia all-electric semi trucks and it is going to start deliveries to customers.

Daimler, one of the world’s largest truck makers, has been feeling the pressure from Tesla’s electric truck — going as far as saying that if the claims Tesla is making about its electric semi truck are true, they are breaking the laws of physics.

The German truck manufacturer answered back with the launch of its own electric truck group along with the unveiling of two more electric trucks, including an electric version of their Cascadia to compete with Tesla Semi.

While it competes with the Tesla Semi in size and capacity, it still has a limited range compared to the Tesla Semi: 250 miles vs. 500 miles.

Daimler said that it would deliver a fleet of eCascadia electric trucks to partners by end of 2018 — beating Tesla’s 2019 target.

However, both Daimler’s and Tesla’s electric semi truck programs have been delayed. In Tesla’s case, the company plans to bring the ‘Tesla Semi’ to production in “late 2020”.

Today, Daimler announced that it has “built the first two Class 8 battery-electric Freightliner eCascadias for customers at its research and development centre in Portland.”

The electric trucks are going to be part of Freightliner’s “Electric Innovation Fleet and built to test the integration of battery-electric trucks in to large-scale fleet operations.”

Roger Nielsen, president and CEO of DTNA, commented on the announcement:

“This milestone in electric is important as both today and tomorrow’s technology is progressing. Our purpose is resolute – we build for our customers. Our team is incredibly proud to be leading the way for the industry, but prouder still to be working with our customers in a process of co-creation to make real electric trucks for real work in the real world.

“The Freightliner eCascadia is based on the Cascadia, the most successful heavy-duty long-distance truck (class 8) in the North American market. 730 hp is almost silently generated under the characteristically long, U.S.-style hood. At 550 kWh, its batteries provide enough energy for a range of up to 400 km (250 miles), and can be recharged to around 80 percent within 90 minutes to cover a further 320 km (200 miles).”

Penske Truck Leasing of Reading, Pennsylvania and NFI of Camden, New Jersey are going to be the first two companies to take delivery of the eCascadia.

As part of the Electric Innovation Fleet, they will test the all-electric trucks as part of their normal operations.

After the test program, Daimler plans to bring the eCascadia to volume production in 2021.