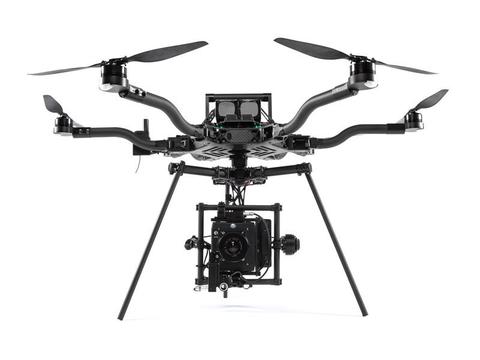 With all the talk, dreaming, of technology that would replace humans and transportation being one of the more severely hit areas, is it possible those little four propellor “toys” that have been basically used for surveillance be built large enough and economically enough to lift, move and deliver a forty foot container, especially in those remote regions where the building of roads is the greatest challenge? These are the types of questions that are starting to be asked and in some cases answered.

A report released last week from the Executive Office of the President says automation and artificial intelligence will create a huge reduction in the number of jobs in the United States, particularly driving jobs.

It is important to keep in mind, however, that there is no definitive timeline for this process and it could take so many years before these changes take place that many of the drivers currently on the road will be retired.

The Executive report is the most recent in a number of reports forecasting massive job losses due to automation and artificial intelligence. A paper published in 2013 by Oxford University researchers, for example, estimated that as many as 47 percent of all jobs could eventually be automated.

The White House says we should focus on education and job training. “We should not advance a policy that is premised on giving up on the possibility of workers’ remaining employed,” the paper says. “Our goal should be first and foremost to foster the skills, training, job search assistance, and other labor market institutions to make sure people can get into jobs.”