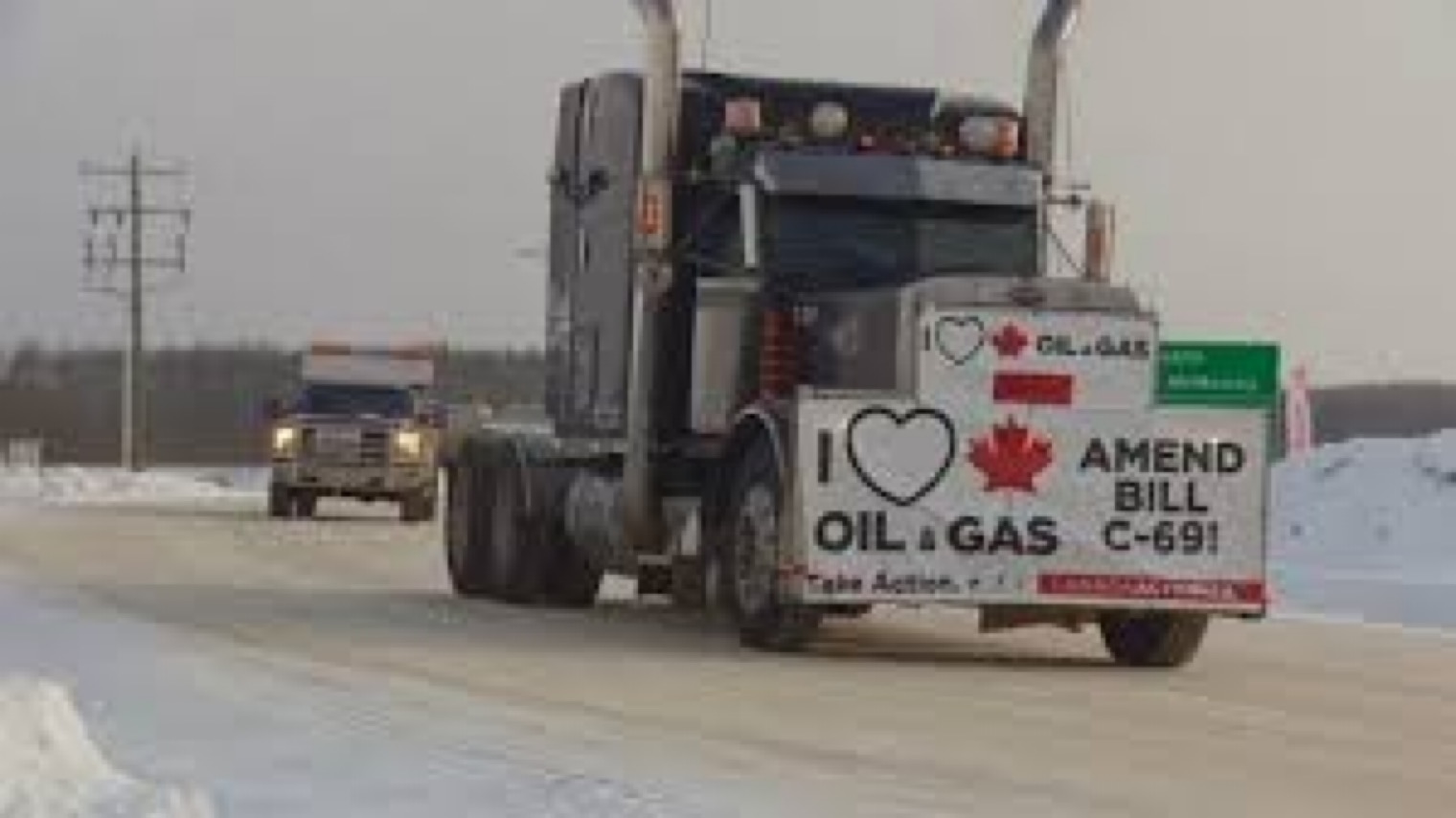 Convoy Closes In On Parliament Hill

While 150 trucks are in a convoy from Alberta to Ottawa, to make the government aware of the plight of economic policy or lack thereof, there are 60 trucks making their way from Newfoundland and Atlantic Canada to join them Tuesday on Parliament Hill.

The convoy from the west is currently, as of Monday morning, just east of Sault Ste Marie, Ontario planning on overnighting in Arnprior Monday evening rallying on Parliament Hill Tuesday morning.

Along the way thousands have lined the routes supporting the convoy and its purposes.  It’s not been without blemishes when AntiFa supporters tried to stop the convoy just east of Winnipeg.

Tuesday February 19, there will assuredly be the day of the convoy to deliver its messages but organizers are expecting at least three groups of counter protesters to create violence.   AntiFa has pledged to bring in at least one busload of their brand of anti-protest protesters.  There’s alleged to be a group of indigenous people trying to close Wellington Street preventing the convoy from delivering its message.  The third group is reported to be an environmental group that wants all oil and gas to be eliminated.  Police fear the AntiFa group will create violence.

The message to government is quite clear.  They’re not listening to the people who employ them.  The people across the country have come together for one purpose, remind the politicians for whom they work.