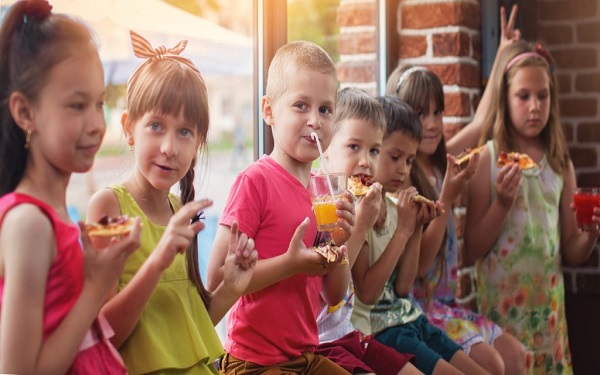 C.R. England and England Logistics have reached their goal to provide funding for one million meals for children through partnerships with 20 food banks located in the United States and  Mexico.

The Million Meals milestone was reached October 20 as part of the “One Initiative,” a campaign that invites company employees, customers, carriers, and freight agents to join the fight against childhood hunger.

The achievement was recognized with a Celebration of Service on Saturday, October 27 at Utah Food Bank for employees of the two companies located in Salt Lake City. The Celebration of Service was attended by more than 400 employees and family members and included a 5K race, service projects at Utah Food Bank, breakfast and games for children. Also attending were senior management of C.R. England and England Logistics as well as Utah Food Bank President and CEO Ginette Bott.

Employees at other company locations nationwide also participated in fundraising or service activities during the month of October to recognize the milestone.

“When we launched the One Initiative in January, we were hopeful we could have an impact in helping to provide meals to children in need,” said Josh England, president of C.R. England. “Forty million people struggle with hunger in the United States, including more than 12 million children. This is simply unacceptable! The One Initiative has helped unite our employees, drivers and customers in an effort that is making an immediate contribution to alleviating childhood hunger in the communities where we do business.”

In January 2018, C.R. England and England Logistics implemented a donation structure that converts profits earned from any business service at either company into meals for children in need. For instance, for every load C.R. England delivers, they donate a meal to a food bank of the delivery driver’s choosing. Similarly, for every load that England Logistics brokers, a donation toward a meal is provided. The One Initiative’s efforts are focused on 20 partner food banks in communities where their employees live and work. Every donation leads directly to a food-insecure child receiving a meal.

The initial goal was to provide one million meals to food banks by December 31, 2018. The companies expect to now provide more than 1.4 million meals by year’s end.

The One Initiative is founded on the idea that through a united effort, a nationwide difference can be made to benefit children in need. For more information or to donate, visit www.oneagainstchildhoodhunger.com.