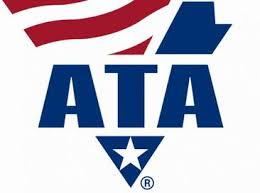 “ATA is pleased that the United States, Canada and Mexico will continue their nearly 25-year-long tradition of free and open trade among North American neighbours,” said ATA president and CEO Chris Spear. “The wide-ranging pact is a positive step for the nearly 50,000 Americans working in jobs directly connected to cross-border trucking – as well as the more than seven million Americans working in trucking-related jobs.”

“ATA congratulates the Administration and the negotiators from all three countries on coming up with a deal that will continue to strengthen our collective economies and improve our relations,” added ATA chief economist Bob Costello. “Trucks move nearly $385 billion in goods between the U.S. and Mexico, and $336 billion in trade across the Canadian border – continuing to have free trade between our three countries will only help our industry well into the future.”