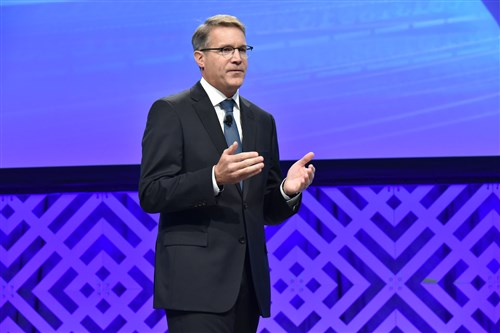 ATA Reaches Out to President-elect

American Trucking Associations President and CEO Chris Spear issued the following statement after the election of Donald Trump as president of the United States:

“The American Trucking Associations congratulates President-elect Trump on his victory.

“During the campaign, he highlighted the need to create jobs and recognized that improving our nation’s infrastructure is critical to strengthening the economy. As the industry that moves nearly 70 percent of our nation’s freight and is a key economic driver, we look forward to working with President-elect Trump on a host of issues, including long-term, sustainable infrastructure funding, tax reform, and fair and free trade.

“We have already begun meeting with the Trump transition team, and look forward to working closely with the new administration on issues that will allow the trucking industry to continue to grow and move America forward.”