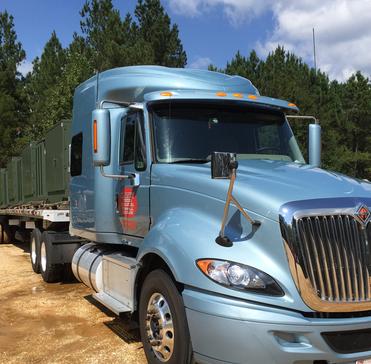 And Another One Bites The Dust

Alabama-based flatbed carrier, Carney Trucking Company, has shut down after experiencing a spike in insurance rates.

“We had a major accident last year,” David Carney, one of the family-owned business’ owners said. “Once we got the insurance quote, we tried to make it work, but we just couldn’t.”

According to the FMCSA’s SAFER Web website, the fleet had a fatal crash in the past 24 months and three additional U.S. Department of Transportation reportable crashes in the past two years.

Trucking shutdowns have spiked this year and increased insurance rates are just one cause. Indiana-based A.L.A. trucking shut down earlier in June of this year and company owner, Alan Adams, blamed the FMCSA’s scoring system for fleets that caused a spike in insurance premiums.

“I didn’t do anything wrong with the company. It’s the way the government has this new grading system that is affecting a lot of companies,” Adams said “If there’s a situation on the road where a car comes off the on-ramp and bumps into a tractor-trailer, until that claim is settled, the insurance company charges a company with that claim.”

Also on July 30, Terrill Transportation based out of California ceased operations. Terrill’s fleet has 30 trucks, 36 company drivers, and 12 owner-operators.

In addition to Schneider’s announcement last week, three of the largest trucking company closures in 2019 so far have been New England Motor Freight, Falcon, and LME.