Home Menu News News (English) My Opinion: Truckers and Rules of the Road 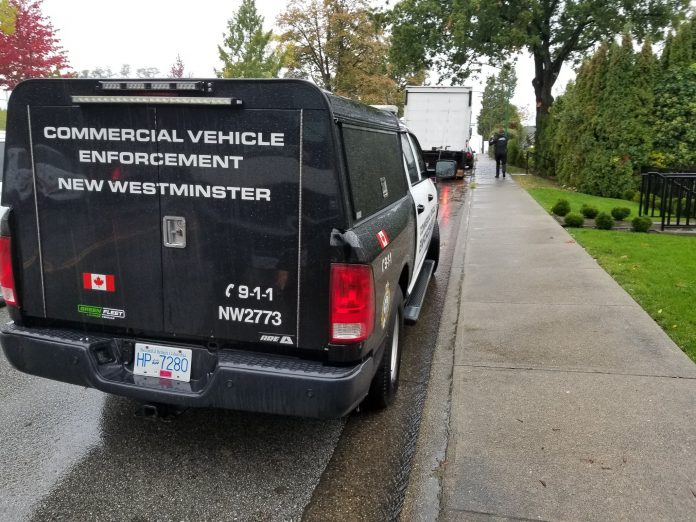 The importance of truckers was never more prevalent than this year, 2020. With the Covid-19 pandemic hitting at a global level, we relied to the relentless efforts of truckers to make sure the store shelves were stocked, medical supplies were delivered, and other items reached their destinations.

In the same breath, what I’ve also been hearing is that truckers, only a small fraction of them of course, think certain rules don’t apply to them. Is it okay for some rules or bylaws to be broken? Is ignorance an excuse? We did some digging about recent events and came up with some interesting findings.

In the Greater Vancouver Regional District, one area where this happens a lot is Cariboo Road, located in the Burnaby/New Westminster cities. In fact, this road is notorious for truckers to use, even though they are not allowed.

Last week, the Burnaby RCMP teamed up with New Westminster Police and Burnaby by-law officers in an operation aimed at keeping truckers off the Cariboo Road. Why? Simple. Cariboo Road, especially at the intersection at 10th Avenue, isn’t designed for heavy trucks because they pose a threat to other motorists and pedestrians. Burnaby RCMP said on Twitter: “Cariboo Rd and the intersection of 10th Ave were not designed to accommodate such large trucks.” In fact, 22 vehicles were stopped and 48 tickets were handed out. What’s worse is that 7 out of the 22 vehicles stopped were taken off the road for being “unsafe”.

Another example of truckers taking a “shortcut” happens frequently on Scott Road and 81st Avenue in Surrey, where such drivers park their rigs in the middle “turn lanes” to go and grab a coffee from Tim Horton’s. I’ve seen this happen with my own eyes and I can say that not only is such parking dangerous because it blocks the view of motorists and pedestrians, it blocks traffic as well for those vehicles that need to turn. Police have given numerous tickets and fines to truck drivers who stop here; yes, it happens less now, but still continues to on a regular basis. Rather than stopping on a busy road, truckers are encouraged to stop at designated stops, where there is ample space and no risk of breaking safety protocols.

A final example of not following the rules of the road happened to me personally. In the Richmond area of BC, one of the two lanes on Highway 99 was closed and traffic was merging into the open lane. I was following the zipper technique where vehicles go one by one; I had given my signal and waited patiently for my turn to merge into the open lane. The trucker, with a full payload, wouldn’t let me in – in fact, the driver was tailgating the vehicle in front of him. Rather than become irritated, I waited for the truck to pass and the vehicle behind to let me in.

Yes, truckers certainly don’t have it easy and they may also experience frustration from regular vehicles. Yes, they work long hours and keep the economy going. But at the end of the day, they are professional drivers and should be operating under the law and taking extra precautions than the average motorist. It’s in everybody’s best interest.