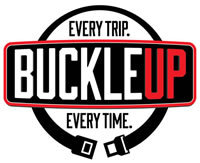 This Thanksgiving weekend, (October 14th, in Canada, 28th November in USA) millions will hit our nation’s roads, eager to spend time with family and friends. It’s one of the busiest travel times of the year and, unfortunately, more people on the roadways means the potential for more vehicle crashes.

365 passenger vehicle occupants were killed in crashes across the nation during the 2017 Thanksgiving holiday weekend.

Nighttime is deadlier than daytime in terms of seat belt use. Over the 2017 Thanksgiving weekend, 57% of passenger vehicle occupants killed in crashes at night were unbuckled, compared to 40% during the day.