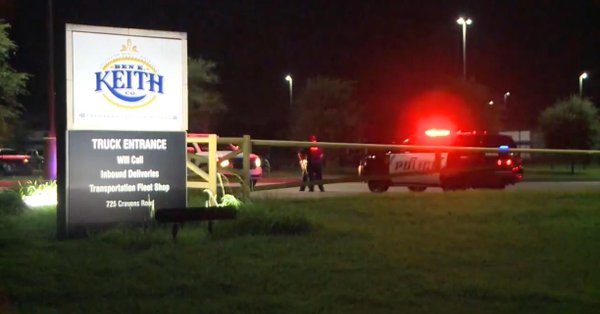 Numerous truck drivers were turned away from the facility because of the active shooter situation.

Two people have died and one other person was injured following an early morning shooting at a distribution center in Missouri City, near Houston, police said. The suspected shooter and one male victim are among the dead, police said.

Police encountered the suspected shooter in the parking lot of a Ben E. Keith Distribution Center about 2:20 a.m. Monday, police said at a news conference. All three people in the incident, the suspected female shooter and two male victims, were employees there, police said.

The injured male victim was shot in the leg and was hospitalized, police said.

Police don’t yet know whether the suspected shooter was shot by an officer or died from a self-inflicted gunshot wound.